Morocco has called on the international community to improve existing multilateralism channels by making them more efficient and action-oriented.

Morocco’s Minister of Foreign Affairs Nasser Bourita made the call on Friday, September 25, during the ministerial meeting of the Alliance for Multilateralism. The informal alliance, launched in 2019 to guarantee international stability and peace, organized the meeting on the sidelines of the ongoing 75th UN General Assembly.

Since King Mohammed VI ascended to the throne, Morocco has adopted a united, inclusive, pragmatic, and action-oriented approach to multilateralism, Bourita said.

The Moroccan diplomat highlighted some of the “immense” challenges that await present and future generations. He especially mentioned the development of a COVID-19 vaccine, the difficulty of access to education, and the economic recession.

According to Bourita, countries can only solve global challenges through multilateral cooperation.

“The pandemic has been a [tremendous] stress test, which has questioned — and still questions — the effectiveness of the [multilateral] system in times of global crisis,” he said.

The Moroccan minister presented two conclusions from the COVID-19 pandemic and its global repercussions.

“First, multilateralism has not disappeared and is not close to disappearing, for a simple reason: There is no better alternative,” Bourita explained.

The second conclusion, according to him, is that the current multilateral systems are still lacking on some aspects and can be improved.

“It is not enough to preserve multilateralism. It must be made better. In particular, by learning lessons from the pandemic,” the diplomat said.

Bourita emphasized that COVID-19 is a turning point in the history of multilateralism. However, he argued that the inflection point can go either way and it is up to the international community to make sure it is positive.

The Moroccan minister concluded on an optimistic note, saying that the UN, with its 75 years of experience, represents a solid institutional base for multilateralism, through its thousands of conventions and agreements. 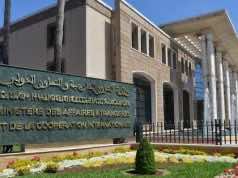 Bourita: We Don’t Need Mediators to Solve Our Problems with Algeria 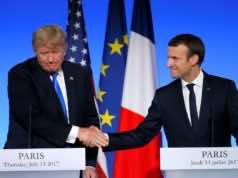