The King also extended congratulations to the new emir of Kuwait for his appointment to replace Sheikh Sabah Al-Ahmad Al-Jaber Al-Sabah.

In the letter, the King said he learned “with great sorrow and deep emotion the news of the death of Sheikh Sabah Al-Ahmad Al-Jaber Al-Sabah.”

He also expressed on behalf of the Moroccan people his “deep condolences and his sincere feelings of compassion following” their loss.

King Mohammed VI said that after the death of the late Kuwaiti emir, the Arab ummah lost “one of its wise” leaders.

The late emir of Kuwait Sheikh Sabah Al-Ahmad Al-Jaber Al-Sabah died on September 29 at the age of 91.

In the letter, the King shared his best wishes for health, well-being, and success to lead the Kuwaiti people to further progress and prosperity.

The King also expressed “great satisfaction” with the strong relations between the two countries, reiterating his determination to work together with the new emir to further develop cooperation. 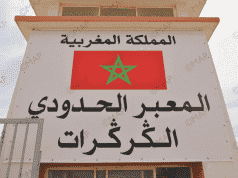