Morocco was the first country to send peacekeepers to the Central African Republic after the outbreak of civil war. 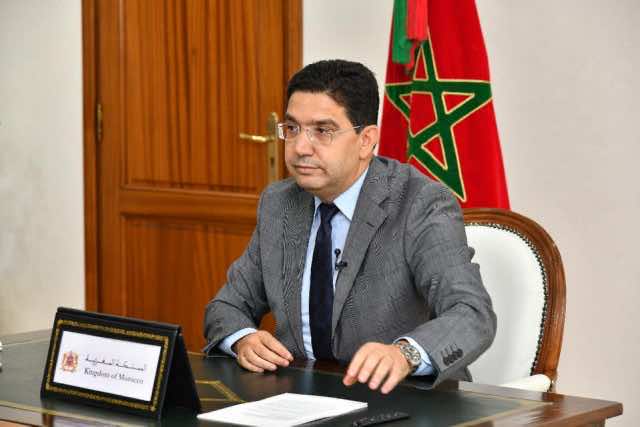 Speaking at the Configuration’s second ministerial meeting during the 75th session of the UN General Assembly, stressed that Morocco’s “historic relations” with the country have never faltered, even as civil war broke out in 2012.

He also announced “the convening of a round table to equip the new Hospital of Bangui, which is currently under renovation, with a donation of $4 million from Morocco,” according to the Permanent Mission of Morocco to the UN.

“Thanks to a concrete and multifaceted partnership,” ties between Morocco and the Central African Republic have only strengthened in spite of conflict in the CAR, the Moroccan minister said.

Morocco was the first country to send peacekeepers to the Central African Republic, even before the creation of the UN peace mission in the country, MINUSCA. Nearly 750 Moroccan men and women are deployed within the mission.

Morocco will continue to support the government and the people of the CAR “in its resolute quest for lasting stability and prosperity,” Bourita affirmed.

The Central African Republic Configuration is keen to support the CAR government’s peace efforts. Morocco’s foreign minister assured that the Configuration will continue to focus on securing conditions for the CAR’s upcoming elections in late December.

“The success of the next elections is a real challenge, due to its political, security, financial and health dimensions,” Bourita stressed. He urged the mobilization of donors, CAR partners, and neighboring countries to guarantee the voting rights of displaced Central African citizens and refugees and ensure the elections take place peacefully.

The humanitarian situation in the Central African Republic has felt the repercussions of the COVID-19 crisis. Bourita called for a renewed international commitment to “fill the urgent financing gap of the humanitarian response plan.”

Thursday’s meeting of the Configuration aimed to analyze progress in the implementation of the Political Agreement for Peace and Stability in the CAR (APPR), signed February 6, 2019.

The ministerial meeting also provided a platform for partners to discuss the main challenges that remain in the CAR. Attendees highlighted the importance of development initiatives and humanitarian action essential for sustaining peace and stabilization efforts in the country.