Morocco recorded a total of 390 cases in the fight against money laundering and terrorism financing between 2019 and 2020. 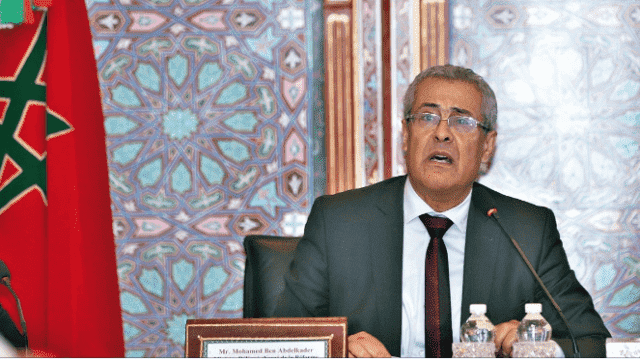 Rabat – Morocco’s Minister of Justice Mohamed Ben Abdelkader said on Thursday that Morocco is ready to upgrade its judicial and institutional tools to combat money laundering and terrorism financing.

The minister’s declaration took place at a meeting with the National ِAssociation of Notaries under the theme, “The role of justice in the fight against money laundering and the financing of terrorism.”

During the meeting, Ben Abdelkader stressed Morocco’s determination to fight against organized crime and implement a series of upgraded national regulations and obligations in this regard.

The minister said that the risk-based approach represents the backbone of the anti-criminality system in most countries. It is the government’s duty to assess the risk of money laundering and terrorism financing, on the basis of flaws and threats they are facing, he explained.

Ben Abdelkader called for generalizing the assessments’ results to public and private sectors and adopting them to implement a nationwide strategy to manage risks.

According to the Moroccan official. it has now become urgent to combine efforts of both financial and non-financial professions to limit and anticipate money laundering and terror financing-related risks.

For his part, Jawhar Nfissi, the president of the Financial Intelligence Processing Unit (UTRF), said that Morocco has a history of implementing recommendations from international organizations specializing in the fight against money laundering and terror financing.

In terms of effectiveness, he noted, Morocco is ready on both the legislative and regulatory fronts  to fight the scourge of terror financing and money laundering.

The President of the National ِAssociation of Adouls or notaries, Moulay Bouchaib Fadlaoui, agreed. Commenting on the meeting, he stated that it represents an important camapaign to raise awareness about the fight against money laundering and the financing of terrorism.

According to Fadlaoui, the campaign encompasses a number of legal professions including adouls and lawyers.

Morocco created UTRF in 2009, a department which offers technical assistance to lawyers and prosecutors through the sharing of information on suspicious financial activity.

On september 23, Ben Abdelkader said that Morocco recorded a total of 390 cases in the fight against money laundering and terrorism financing between 2019 and 2020.

During a meeting on Wednesday in Meknes, a city in northern Morocco, Ben Abdelkader specified that authorities detected 229 cases of terrorism financing and money laundering in 2019.

With Morocco’s newfound determination to combat suspicious financial activities, the number decreased to 161 cases in 2020. Some of these cases are still under investigation, Ben Abdelkader noted.