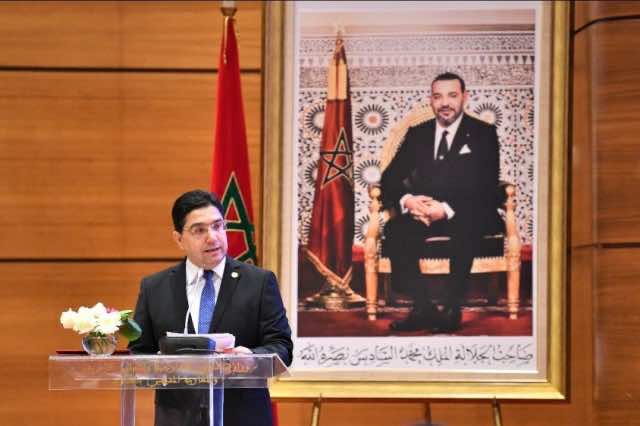 Morocco’s Minister of Foreign Affairs, Nasser Bourita, has called on the international community to take urgent global action to prevent the deterioration of biodiversity, which threatens ecosystems across the planet.

“It is time to [address biodiversity] through concerted collective action, solidarity cooperation, and a sustainable human lifestyle that could stop the current haemorrhage. Our survival and that of future generations are at stake,” Bourita said before UN members.

Morocco’s foreign minister delivered a speech during the first UN Summit on Biodiversity, hosted via videoconference on Wednesday, September 30.

Bourita highlighted how the ongoing COVID-19 pandemic has reminded humans how their health and nature are intrinsically linked.

“The protection of ecosystems through the preservation of biodiversity constitutes a way to fight against the pandemic,” he argued.

The official urged the international community to not lose focus on the importance of biodiversity despite the current health crisis.

“Protecting ecosystems is not only a necessity. It is an emergency,” he insisted, presenting several “alarming” data on the degradation of global biodiversity in recent decades.

Read also: An Inverse Relationship: How Biodiversity Connects to COVID-19

Bourita highlighted Morocco’s efforts to preserve biodiversity, recalling the establishment of the 2016-2020 National Strategy and Action Plan for Biological Diversity and the 2019 National Assessment of Biodiversity and Ecosystem Services.

The National Strategy and Action Plan for Biological Diversity aims to protect, preserve, and rehabilitate biodiversity in Morocco. It also seeks to raise awareness about the importance of biodiversity and reform governance systems relating to the environmental field.

Meanwhile, the National Assessment of Biodiversity and Ecosystem Services aims to determine the characteristics of Morocco’s continental and marine ecosystems. It also serves as a link between scientific studies and environmental decision-making.

The first strategy aims to consolidate the achievements Morocco has made in the agricultural sector and create new income-generating activities, mainly in favor of young people in rural areas.

It also seeks to encourage the emergence of an agricultural middle class and to make the sector a lever of socio-economic development in Morocco.

Meanwhile, Forests of Morocco aims to make forests a space for development, to ensure the sustainable management of their resources, to strengthen their productive capacities, and to preserve biodiversity.

Bourita’s speech also touched on the importance of Argan trees, an endemic plant to the Souss region in Morocco. The foreign minister recalled Morocco’s presentation to the UN General Assembly of a draft resolution to celebrate an international Argan tree day.

On the international level, Morocco is a member of three different continental climate commissions that were created in November 2016, on the sidelines of the UN Climate Change Conference (COP 22) in Marrakech.

Bourita drew the international community’s attention to the diversity of ecosystems in Africa, expressing his regret that the continent’s biodiversity is witnessing an alarming decline.

Overexploitation of Africa’s natural resources will result in the loss of 50% of the continent’s bird and mammal species and 20-30% of its lakes’ capacity by the end of the century, he warned.

According to the UN, the first Summit on Biodiversity aims to create a political dynamic leading to the establishment of a framework to preserve biodiversity. Morocco was among more than 70 countries that took part in the event.