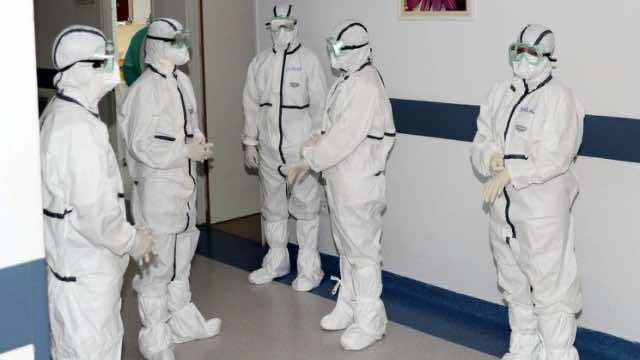 Last week, the Moroccan medical community lost in one day three prominent doctors and medicine professors due to COVID-19.

The deceased doctors include Fadma Abi and Abdelkarim Hamdani, who lost their lives in Casablanca on Friday, October 2.

Professor Abi was the first Moroccan woman to become a surgeon. She used to work as an anatomy professor at the Casablanca Medical School. Meanwhile, professor Hamdani used to teach gastroenterology at the same school.

The identity of the third doctor who died on Friday is not known yet. Some reports claimed that the deceased is doctor Thami Benzakour, but he denied the rumors and assured his acquaintances that he is alive and well.

The death of the prominent figures in Morocco’s medical sector shocked Moroccan doctors and medical students, especially those who studied at the Casablanca Medical School.

Dozens of publications on social media paid tribute to the doctors, praising their selflessness and describing them as “martyrs of human and professional duty.”

The doctors had contracted the coronavirus while working at the Ibn Rochd University Hospital in Casablanca, where they were providing assistance to other doctors and caring for COVID-19 patients.

After the doctors died, doctor Abdellatif Yassi, currently working at the Hassan II University Hospital in Agadir, shared his sadness and frustration at the “negligence” Morocco’s medical practitioners have been enduring.

In a Facebook post, Yassi deplored the situation that Moroccan doctors are currently facing. He suggested that fears of a second wave of COVID-19 infections have magnified the plight of Morocco’s medical workers.

“This is abnormal. What is exactly going on … ? Three prominent clinical professors died from [COVID-19] in silence while three others are fighting death in intensive care,” Yassi wrote.

At the Ibn Rochd University hospital alone, 17 medical staff members, including doctors and nurses, are under intensive care due to COVID-19, according to Yassi.

“We are exhausted and our children are tired and depressed. How can we spend all our time in the hospital without seeing our children nor helping them at the start of the school year,” he explained.

Yassi also criticized the Moroccan government for not providing doctors with the necessary working materials and conditions to protect themselves and maintain a good morale during their fight against COVID-19.

“What is sad is the government’s theatrical play towards medical staff. After it promised us several months ago that our [remuneration] demands will be answered and that there was an agreement with the Ministry of Finance … doctors felt optimistic. However, while signing the agreement, we started hearing stories about a technical committee studying our demands again and other nonsense. Enough is enough!”