Every year, the Arab Youth Survey attempts to gauge the opinions of 200 million youth across the Arab world. This year, immigration, protests, and corruption top their concerns.

Rabat – A survey of youth in the Arab world shows many are increasingly considering moving abroad and support protesting their government as many are fed up with debt and corruption.

The Dubai-Based PR firm ASDA’A BCW conducts the Arab Youth Survey annually and published its latest report on Tuesday, detailing the priorities of the region’s youth. The survey reported that many are facing rising personal debt and are frustrated with corruption and a lack of jobs.

The top concern of Arab youth, according to this year’s survey, is migration. Two in five young people in the region say they are actively trying or have considered emigrating to another country. The drive to move abroad is most prevalent in the crisis-stricken Levant, followed by North Africa. In Lebanon, Libya, Yemen, and Iraq, over 60% of youth consider emigrating abroad.

Corruption and economic difficulties are driving away the region’s young minds. In response to these issues, many young Arabs support protesting their governments.

The survey found that Arab youth enthusiastically support anti-government protests. Algeria, Lebanon, Iraq, and Sudan all saw major recent protests movements, each with the support of over 80% of the countries’ youth populations.

In Morocco, 46% of youth reportedly consider moving away to seek their fate elsewhere. As well, 28% of young Moroccans said they think Morocco could also see major anti-government protests in the next year in the face of economic hardships caused by the COVID-19 pandemic.

Corruption and poor governance are two of the drivers for the desire to emigrate and the main reason for protests. The survey reports that youth in the Arab world see tackling corruption as the top priority for governments. The pandemic has done little to stem endemic corruption, according to the opinions of young citizens in the region.

Over 77% of young Arabs say there is government corruption in their country, with Iraq, Libya, Tunisia, and Yemen topping the list.

For over a third of young people, stopping corruption in their home country should be the top priority of the government, followed by the creation of new jobs.

Personal debt among youth has risen significantly from previous years. Over a third of Arab youth are in debt, up from 21% in 2019. Student and car loans drive this debt.

These debts can be hard to deal with as unemployment remains a top concern for young Arabs. Over 87% of surveyed young people reported they are concerned with unemployment. Less than half of them are confident their government can deal with the issue.

According to the survey, Arab youth are increasingly likely to work in the private sector or start a business as working for the government is becoming less appealing relative to previous years.

Moroccan youth luckily face less debt than many in the Arab world, according to the survey. Only 17% of Morocco’s young people are in debt, while in Syria and Jordan, more than 70% of youth face debts. Two out of five young people in the Maghreb are considering starting a business instead of finding traditional employment.

Similar to the 2019 survey, this year’s report shows that Arab youth see religion as a key part of their identity, particularly in North Africa.

Yet, 67% of young people say religion plays too big a role in the Middle East and 66% would like to see religious institutions reformed. Yemen and the UAE show the least connection with religion, with less than 10% saying it is an important factor in their identity.

In regard to gender rights, the survey shows that 64% of surveyed young Arab women say they have the same rights as men in their country. Both male and female Arab youth say that women can contribute most to their family by working instead of becoming a housewife. The majority of surveyed women say they have similar access to high-quality education compared to men.

However, the COVID-19 pandemic appears to have pushed women to fulfill more of a traditional role in the home; this has happened in the United States during the health crisis, as well.

In Morocco, 62% of youth reported that religion is the most important factor in their personal identity as opposed to family ties or nationality. The same percentage says women in Morocco have the same rights as men.

The 2020 Arab Youth Survey has again shown that the region’s youth are eager for reform. With an eagerness for protests, the survey suggests that governments would do well to hear the concerns of the next generation when they consider national priorities like employment and corruption.

With migration becoming more increasingly difficult, the survey shows that governments should prioritize jobs, education, and fighting corruption in order to keep their bright young minds from departing for perceived greener pastures abroad. 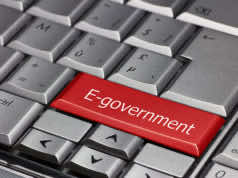