In remarks during the 71st session of the UNHCR’s executive committee, the Moroccan ambassador to the UN evoked the dire situation of the Sahrawi population in the camps of Tindouf. 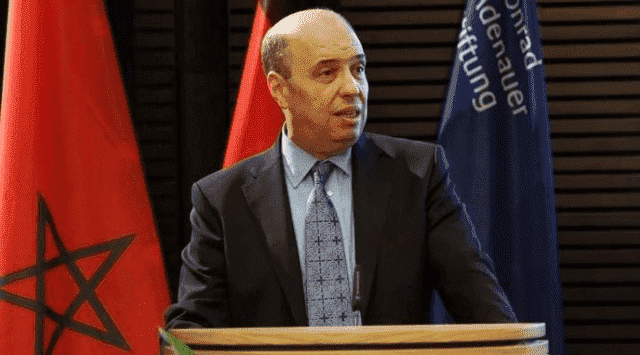 Rabat – Commissioner of the UN Refugee Agency (UNHCR) Philippo Grandi said he is satisfied with the quality of the agency’s cooperation with Morocco during the 71st session of the Executive Committee of UNHCR, which is running from October 5-9.

In his remarks to the committee on Tuesday, Permanent Representative of Morocco to the United Nations office in Geneva Omar Zniber outlined the positive outcomes of Morocco’s work with UNHCR’s office in Rabat.

Regular cooperation with Moroccan authorities was largely successful in protecting refugees and asylum seekers and supporting their access to healthcare, education, and professional training, he stressed.

Zniber specifically mentioned two initiatives that Morocco launched to support refugees during the COVID-19 crisis, which he considered a double burden in times of humanitarian crisis.

In June, Morocco’s High Commission for Planning (HCP) and the UNHCR conducted a comprehensive assessment of the impact of COVID-19 on refugees in Morocco. The two bodies jointly issued a study on the pandemic’s social, economic, and psychological impact on refugees.

In May, the National Council of the Order of Physicians (CNOM) concluded a partnership agreement with UNHCR aiming to ensure the asylum seekers and refugees’ access to healthcare in Morocco.

The two programs fall within the partnership approach that the International Compact on Refugees promotes whose importance was emphasized in the Global Refugee Forum in Geneva in December 2019.

Zniber also said that Morocco remains “particularly concerned” about the situation of the Sahrawi population in the Tindouf camps, where thousands of refugees live in dire conditions.

The local population continues to call for UNHCR’s attention to human rights abuses in Polisario-run the refugee camps. In September, a Sahrawi NGO stressed that women in the Tindouf camps suffer “serious violence and practices of slavery degrading their dignity” at the 45th session of UNHRC.

In his annual report on the Situation in the Western Sahara, submitted to the Security Council on September 23, UN Secretary General Antonio Guterres deplored the hunger pandemic and a high prevalence of anemia afflicting “Sahrawi refugee children and women” in the camps.

The hunger pandemic, according to Guterres, has prevailed in the camps for several years.

In his speech on Tuesday, Zniber called in particular for UNHCR’s attention to Algeria’s politicization of human rights in Tindouf.

Algeria has refused to comply with the international consensus on the need to separate humanitarian issues from political considerations, he underlined.

“I hope that there will be progress at the political level of this protracted situation, in which the UNHCR has been engaged for decades,” Grandi said in his response.

In addition to expressing satisfaction on Tuesday with UNHCR-Morocco cooperation on ensuring refugees’ human rights, Grandi commended cooperation between the two on International Migrants Day.

On December 18, 2019, the human rights commissioner told the press that the UN worked “very well with the Moroccan government on all aspects” concerning refugees.

The Moroccan ambassador also denounced Algeria’s deployment of Polisario to militarize the camps of Tindouf, in disregard of its responsibility to ensure the civilian and humanitarian character of asylum.

Several members of the European Parliament have recently condemned the exploitation of the Sahrawi people in the camps of Tindouf, within the Algerian territory.

Bulgarian MEP Ilhan Kyuchyuk said that the Polisario Front’s exploitation of the camps should be clear to all observers, considering the group’s military arsenal paired with pleas for food aid.

The Polisario Front “is heavily armed and has a large budget for maintenance of its military equipment,” he added.

The Moroccan official then called for an official census of the population of Tindouf according to the criteria and standards of UNHCR.

During a UNHCR committee meeting on July 8, a Moroccan delegation said that Algeria bears “full responsibility for the diversion of humanitarian aid in the camps” of Tindouf.

The Moroccan delegation linked Algeria’s responsibility to its blocking of the census of the camps population, given that it has full authority on the region.

On September 30, a clinic in Rabat saw the first medical Surgery on a refugee as part of a convention between the United Nations High Commissioner for Refugees (UNHCR) and Morocco’s National Council of the Order of Physicians (CNOM).

The surgery is part of Morocco’s immigration and asylum policy that King Mohammed VI initiated, including an aim to promote access to health care for refugees and asylum seekers.

According to Morocco’s Higher Commission for Planning (HCP), the majority of refugees in Morocco come from Syria (48%) and Yemen (16%), based on a survey that the commission conducted from June 2-8.

Meanwhile, 12% are from the Central African Republic, followed by South Sudan (7%) and Cote d’Ivoire (4%).