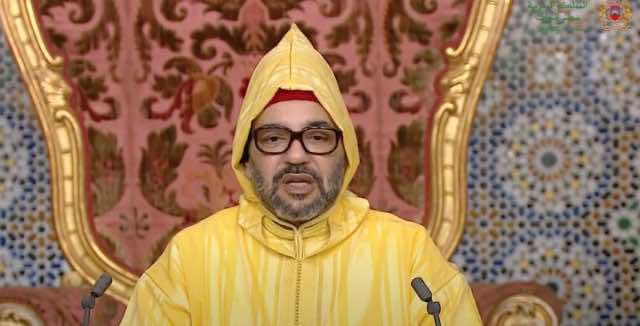 King Mohammed VI has reiterated his calls for generalizing social security mechanisms to cover all Moroccans as soon as possible.

The King delivered a speech today, October 9, at the beginning of the fifth and final legislative year of the 10th Moroccan legislature.

The first step is generalizing medical insurance to include 22 million additional beneficiaries by the end of 2022, at the latest.

Third, pension systems must expand to include five million Moroccans who are not registered in any retirement plan.

Finally, social security systems must include job loss compensation. The indemnity should benefit Moroccans who used to have a stable job but became unemployed. It would aim to support them through their search for a new job.

King Mohammed VI called on all Moroccan public institutions to work together in order to achieve generalized social security. He also urged Moroccan MPs to play an active role in this major project.

“To this end, there should be broad consultation with all partners, in addition to innovative, efficient steering of this societal project. At some point, a single coordination and supervisory authority in charge of all social welfare schemes will be set up,” the King announced.

Read also: King Mohammed VI: All Moroccans Must Have Social Security in 5 Years

Towards the end of his speech, the monarch also touched on the reform of public administrations. He said Moroccan public establishments must become a model for transparency and good governance.

“The success of the economic stimulus plan and the establishment of a new social contract require a real change in mindset as well as improvement in the performance of state institutions,” King Mohammed VI said.

“To this end, I call on the government to carry out a thorough review of criteria and procedures for the appointment of senior officials in order to encourage competent individuals to hold public office. This should also make public service positions more attractive,” he added.

King Mohammed VI concluded his speech by expressing his optimism and confidence that Morocco will achieve its major reform projects.

“I am confident … that we shall all rise to this challenge, in keeping with the spirit of national unity and social solidarity,” he said.

King Mohammed VI’s call for generalized social security echoes the directives he laid out in his 21st Throne Day speech.

In his July 29 speech, the King presented three major projects: A stimulus package worth MAD 120 billion ($13.04 billion), generalized social security, and a reform of public establishments.