Achieving universal health coverage is the first component of the King’s roadmap for improving social welfare in Morocco. 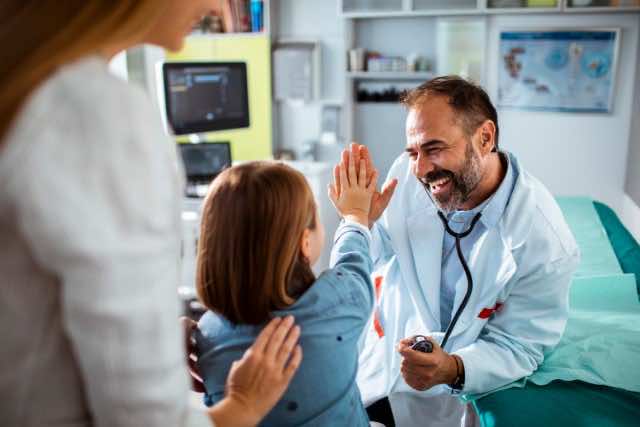 Rabat – With the recent signing of two new partnership agreements, Morocco aims to achieve universal health coverage by 2022 and promote good standards and practices in terms of occupational health and safety.

The Ministry of Health, the Interprofessional Development and Security Group (GIPSI), and the National Health Federation (FNS) signed the first of the two agreements. It aims to ensure workplace health protection in Morocco, particularly in factories.

Khalid Missaoui, the vice-president of GIPSI, said the agreement provides the conditions for optimal work and health prevention in factories.

FNS President Moulay Said Afif said the COVID-19 pandemic highlighted the essential role of factories in Morocco’s resumption of economic activity. The agreement focuses on occupational health in the context of COVID-19 and the pandemic’s impact on Morocco’s economy.

The road to universal health coverage in Morocco

The FNS signed the second agreement with the National Health Insurance Agency (ANAM) under the aegis of the Ministry of Health. The agreement aims to strengthen interprofessional dialogue and public-private partnerships to achieve universal health coverage by 2022.

The Director-General of ANAM, Khalid Lahlou, said the convention falls under the instructions King Mohammed VI gave in his speech on Friday to open the Parliament. The monarch called for the generalization of compulsory medical coverage for all Moroccans by 2022.

Lahlou said the agreement should strengthen dialogue between the public and private health sectors to achieve the King’s vision for universal health coverage in Morocco. He added that the agreement intends to strengthen the optimal achievement of the objectives of the ANAM’s 2020-2024 strategy.

The second agreement also seeks to contribute to the implementation of prevention programs and the organization of the healthcare supply. It does so in accordance with general government policy and the strategic projects of the ANAM and in favor of optimal basic compulsory health insurance schemes.

The agreement aims to reduce costs and encourage the use of generic drugs in order to rationalize expenses, according to the FNS president.

Minister of Health Khaled Ait Taleb said that by bringing together private and public health systems, the agreements “consolidate the values ​​of solidarity and trust that have emerged in these times of pandemic,” Morocco’s state media reported.

The parties involved should join forces to serve Moroccan citizens, he added. He explained that this can only be achieved if the two parties come together to overcome the “crisis of belonging and fragmented action” while adhering to the Ministry of Health’s projects.

All stakeholders stressed that the two partnership agreements, as the first of their kind, will contribute to the implementation of King Mohammed VI’s roadmap for Morocco’s future.

King Mohammed VI first called for improvements to Morocco’s social protection system in his 2018 State of the Nation address, saying it suffers “scattered services and inadequate coverage and is only moderately effective.”

In his 21st Throne Day speech on July 29, the monarch made a formal demand for change to the system.

“The time has come to launch a decisive process for the expansion of social welfare coverage to all Moroccans within the next five years,” he stated.

“Universal access to social protection coverage should serve as a lever for the integration of the informal sector into the nation’s economic fabric.”

On October 9, the King delivered a speech on the occasion of the first session of the fifth legislative year of the 10th legislature before members of the two houses of Parliament. He again called on Morocco’s decision-makers to prioritize the expansion of social welfare.

“I have always sought to make sure economic progress goes hand in hand with social development and with improved living conditions for the citizens,” he said. “For this reason, I have called for social welfare coverage for all Moroccans.”

The first of four key elements in the “far-reaching, unprecedented national project” is achieving “universal compulsory health coverage for an additional 22 million Moroccans by the end of 2022, at the latest.”

Coverage should include the cost of medication, drugs, hospitalization, and treatment.

The new agreements are the first tangible steps Morocco’s government has taken to fulfill the monarch’s vision.