The police confiscated a wooden boat the suspect wanted to use to transport irregular migrants. 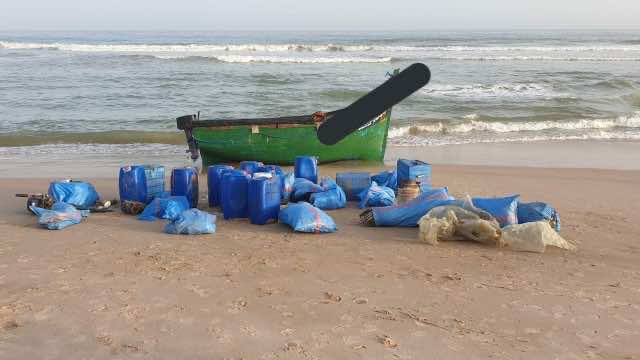 The police arrested an individual for his alleged links with a criminal network active in irregular migration and human trafficking.

Security services apprehended the suspect, a 35-year-old man, during a security operation in Sale’s Chamou neighborhood, a statement from the General Directorate of National Security (DGSN) said.

The suspect was preparing for an illegal migration operation by sea. He hosted 14 Moroccan would-be irregular migrants in a house in the same neighborhood.

Search operations in the coastal area Kasbah of the Gnaouas enabled police to confiscate a wooden boat with eleven jerry cans onboard containing 300 liters of gasoline and life jackets to be used in the operation.

The police put the suspect in custody as part of an investigation under the supervision of the competent public prosecutor’s office to determine his possible accomplices.

Irregular migration operations tend to be more frequent in southern Morocco, the gateway to the Sahara. Police arrested seven suspects for their involvement in activities related to human trafficking and irregular migration in Tan-Tan last week.

Security services in Morocco have intensified efforts in recent years to abort operations of illegal migration and human trafficking.

Both the DGSN and General Directorate of Territorial Surveillance (DGST) collaborate on a high level to combat the issue in question.