The crown prince earned his baccalaureate with honors in July.

Rabat – Morocco’s Crown Prince Moulay El Hassan is set to study at the Faculty of Governance and Economic and Social Sciences (FGSES), an affiliate of the Mohammed VI Polytechnic University in Benguerir (UM6P).

UM6P is located in the heart of the Mohammed VI Green City in Benguerir, near Marrakech, and is oriented towards applied research and innovation.

The 17-year-old crown prince completed his high school studies this spring and obtained his baccalaureate with honors in the field of economic and social sciences in July. He was one of 441,238 candidates to sit for the 2020 baccalaureate exams from July 3-9.

Minister of Education Saaid Amzazi and other ministry officials and staff congratulated the crown prince on the achievement. Head of Government Saad Eddine El Othmani wished “more success” for the crown prince in his future studies and career.

Moulay El Hassan, the first and only son of King Mohammed VI and Princess Lalla Salma, celebrated his 17th birthday on May 8. He is the heir apparent to the Moroccan throne.

International media have celebrated the young prince for his intellect, sharp style, and maturity. The prince speaks several languages, including Arabic, French, English, and Spanish. He has already developed experience communicating with global leaders by representing his father and country at numerous national and international events.

Crown Prince Moulay El Hassan began appearing alongside his father at public events at an early age. Since his first official royal appearance in 2015, he has represented the Moroccan royal family at various event openings, inauguration ceremonies, and diplomatic meetings.

In December 2017 at the age of 14, the prince was notably the youngest participant at the One Planet Summit in France. The summit moderator said his presence was a “strong signal” of young people’s engagement in defending the planet’s future.

In February 2019, Morocco’s crown prince represented King Mohammed VI at the funeral of the Count of Paris, Henri d’Orleans, at the Saint Louis Royal Chapel in France. He sat in the front row during the ceremony alongside Queen Sofia of Spain and Prince Albert of Monaco.

Later that year, in September, the prince again represented his father, who was suffering from an illness at the time, at the funeral of former French President Jaques Chirac.

Crown Prince Moulay El Hassan has also become the face of the royal family at the opening and closing ceremonies of annual events in Morocco such as the King Mohammed VI Grand Prix and the International Agricultural Exhibition (SIAM). 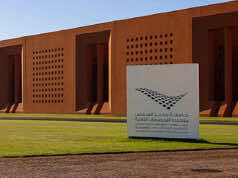 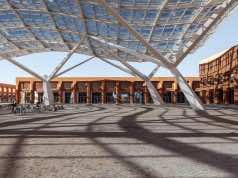