Late former Moroccan Prime Minister Abderrahmane Youssoufi who died this year had donated in his will all his material belongings to Morocco’s National Museum Foundation (FNM).

Youssoufi’s written will also contained instructions to turn his apartment, with all its furniture, documents, and books, into an open museum for visitors.

The Socialist Union of Popular Forces (USFP), the party that Youssoufi led during his political career, shared the content of the late politician’s will on Friday, October 16.

The summary of Youssoufi’s last wishes is that his widow, Helene Youssoufi, continues to benefit from all his belongings until she passes away.

After Helene’s death, the couple’s apartment would turn into a museum and all of the Youssoufi family’s fortune would go to the FNM.

According to the USFP, Helene went on September 8 to a public notary in Casablanca to officialize her late husband’s written will.

Abderrahmane Youssoufi died on May 29 at the Cheikh Khalifa hospital in Casablanca following a prolonged illness.

The left-wing politician was a symbol of Moroccan socialism and will always be remembered as an emblematic figure in the development of a modern Morocco.

Born in Tangier on March 8, 1924, Youssoufi served as Morocco’s prime minister between 1998 and 2003, leading what is known as Morocco’s transition government, when King Mohammed VI ascended the throne.

Youssoufi’s government brought increased freedoms for the Moroccan people and the media.

Before serving as prime minister, Abderrahmane Youssoufi was a human rights lawyer, activist, and advocate for immigrant workers’ rights in France.

He retired from politics in 2003 to spend his later years in Casablanca with his wife. 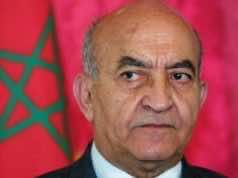