The band’s leader has long striven to establish a place and status for Amazigh music in the Moroccan urban music scene. 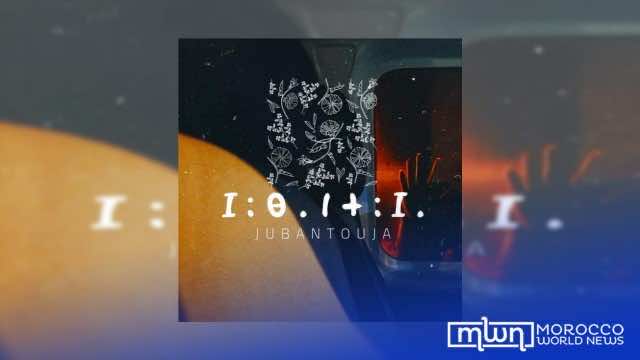 Founded in 2016 in the High Atlas Mountains, Jubantouja is a Moroccan alternative/indie rock band that mixes the traditional and the modern to present an original style of music, portrayed in their Amazigh tunes and inspired by the landscapes and rich culture of their villages.

With its fascinating varieties, Amazigh (Berber) music is widespread across North Africa and is a very important musical tradition in Morocco. Each variation has unique rhythms and styles. Four-person groups sing with the beat, led by an “amdyaz,” or poet. Amazigh musicians have kept the tradition alive by singing from one village to another, either on special occasions such as weddings or for social events.

Characterized by its use of folk, Amazigh music is also a type of poetry and storytelling. It often addresses social issues the Amazigh faced in their struggle to achieve basic language rights and identity recognition in North Africa.

Some famous Moroccan Amazigh musicians include the singer and songwriter Ammouri Mbarek, considered the John Lennon of the Amazigh world, and the beloved Najat Aatabou. Through the generations, Morocco has also witnessed some innovative Amazigh singers create a fusion of Amazigh and modern music, such as Hindi Zahra.

Jubantouja in its turn is an alternative band that aims to promote and keep the Amazigh language and culture alive through a unique style of tunes and lyrics.

The story of Juba child

Ayoub Nabil, also known as Juba child or “Juba N’touja” in Amazigh, is the founder of Jubantouja as well as the lead singer of the band. Juba was born to a family of farmers who follow Amazigh traditions in a house filled with music. He grew up in the red valley of Ait Bou Oulli, the highest valley in the Atlas Mountains.

“My father, at the age of 5, introduced me to the Banjo. He himself was one of the founders of a local music group Taznart and Tachlhit in the 80s and 90s,” said Juba in an interview with Morocco World News.

The young musician spent most of his childhood immersed in music. He often accompanied his father and his music group to local concerts. He also enjoyed the Rwayes musicians that his grandfather invited to perform on the terrace next door for the whole village.

“I had a really special, good, and difficult childhood at the same time, we had no electricity until 2010 so I spent the majority of my childhood outdoors in contact with nature with friends and playing with toys that we make ourselves,” said the artist.

At 14, the singer and his family moved to Azilal, the main town of the region, so he could continue his studies. While going through a flea market (Joutiya), Juba came across a CD with blues and rock music from the 1960s and 1970s, the fated event that would encourage him to explore new sounds and purchase a guitar at age 16.

The band drew the inspiration for its name from the highly respected Amazigh king of the Mauritanian Kingdom and artist Juba II, while “N’touja” is the name of the band leader’s tribe.

“When people come from the southwest of Morocco, they take places for them in the valleys, so other people would call them with that place,” said Juba, explaining the name’s origins.

For example, my family took a hill (touja) and built their Kasbah (fortress) on the top of that hill, centuries ago, so we have been called Ayt (‘people of’) Touja since that time.”

“Like all my friends. I first wanted to know what young Moroccans do with music, especially those from the South and South East. I was incredibly proud of a lot of young musicians from Agadir! I was inspired by Ali Faiq, I played his songs nonstop,” added Juba.

Inspired by nature, his father, his culture, and Western music, Juba has always dreamt of going on stage and playing music professionally. He started writing his own lyrics early on and composed music with simple tunes that he learned through listening.

“I have always been a huge fan of American indie-folk and alternative rock music. I took the stage for the first time in my life here in my hometown Azilal and performed 2 original songs,” Juba said.

“It was the starting point of the idea to found a group then started working on it with my brother (bass player in the band) since that time,” he added.

Juba’s has long held the goal of making a place and status for Amazigh music in the Moroccan urban music scene. He feels very proud of how Morocco’s young generation is promoting culture and creating original and “cool” content out of the country’s rich culture.

“Giving new regard to the Amazigh music was one was one of my goals from the start, it is more like breaking it out of the folkloric format that we used to see on the Moroccan music scene, to many other versions of what talented young people can do.”

Coming from one of the most isolated villages in Morocco, Juba did not have the chance to formally learn music. However, thanks to his environment and family, he acquired skill through listening, harmony, and simplicity. For Juba, music is a tool to express his feelings in his mother tongue, Tamazight.

Juba founded the band in 2016 with his brother and best friend Chahid Nabil, who is Jubantouja’s bass player; his younger sister Fedwa Nabil on keyboard; and guitar player Yassine Taghia, who shared Juba’s goal to make “good music in Tamazight.” The group recorded their first album, titled “IZDA MIMOUN,” the same year.

On the drums is Yasser AD, who Juba met through a mutual friend in Beni Mellal and played with him several times before joining the band in 2017.

“We don’t have perfect materials for making music or a home studio to record, but we never stopped, we always devote time, energy and money to what we do, we use what we have to create, because we feel that we’re doing something,” the band leader said.

Juba and his band feel grateful for the support and encouragement they receive from their close friends, family, and growing community, whether in the form of messages of support or positive comments and feedback on their work.

“I believe in the whole team behind each project (in the video, photography, mixing and recording…) because we have a lot in common, we come from the mountains!! We had a really difficult childhood like all the kids in the high atlas mountains!”