US President Donald Trump on Monday night announced a deal with Sudan that many see as a step towards normalization with Israel.

“Great News,” the US president tweeted as he announced that the poor, flood-stricken African nation would pay $350 million to the world’s richest country. In exchange for the funds, the US will remove Sudan from its list of state sponsors of terrorism.

After months of negotiating, the US and Sudan have agreed that Sudan will compensate “US terror victims and families,” as Trump put it. In exchange, the US will lift its crippling sanctions that come with the state sponsor designation. For decades, Sudan has been crippled by US sanctions and many had urged the government to give the US whatever it wanted to lift them.

The US had presented a very different bargain at the onset of negotiations. As part of the US diplomatic drive for Israeli normalization deals, Sudan was a prime target. Still reeling from its split with South Sudan, with an economy in dire straits, and recently hit by floods that impacted large swaths of the country, the US aimed to offer normalization with Israel as a way out.

Yet after long negotiations, the announced deal does not sound like the foreign policy “win” Donald Trump was hoping for. His foreign policy drive ahead of the US presidential elections had aimed to rack in “peace deals” with Israel. Yet after the UAE and Bahrain signed on to the controversial idea, the dominoes did not come falling down as initially expected.

On August 25, Sudan’s Prime Minister Abdalla Hamdok publicly stated his government had “no mandate” to normalize ties with Israel amid its transitional process following the fall of Omar al-Bashir. After a peaceful popular uprising had overthrown the long-term dictator of Sudan, few in the new transitional government dared contemplate such a controversial move.

Yet the designation on the US list weighed heavily on Sudan’s economy. A lack of hard-currency limits the country’s ability to purchase basic necessities abroad, causing long lines at gas stations or certain shops.

As inflation rose, so did the waters. Devastating floods hit Sudan in August, causing hundreds of thousands to lose their homes and livelihoods.

Sudan’s government declared a three-month state of emergency amid its catastrophic floods and COVID-19-related health crisis. The political and economic difficulties further weakened Sudan’s position at the negotiating table, yet a US-brokered normalization agreement still has not been announced. Instead, the cash deal announced could be seen as a compromise deal.

Yet many around the world announced the deal as a sure-fire sign of pending normalization. Israeli and US media reported that after Sudan pays “compensation,” the US would in turn provide a large “aid package” that likely eclipses the $335 million Sudan is asked to pay. Yet the US-Sudan “aid package” would come with normalization as its price.

The fact that Sudan is now tasked with paying the US is controversial in itself. Sudan’s designation is based on Omar al-Bashir’s alleged support for Osama bin Laden in the 1990s. The US held Sudan responsible for Al-Qaeda’s bombing of US embassies in Kenya and  Tanzania as well as the attack on the USS Cole in 2000.

The attacks are seen by many experts as the first steps that led to the September 11 terrorist attack on the World Trade Center in New York in 2001. Those attacks involved fifteen Saudis and were directed by a member of a wealthy Saudi family, yet Saudi Arabia was spared a similar designation on the US list of states sponsoring terrorism.

For Sudan, the punishing sanctions that came along with the designation meant decades of hardships while al-Bashir’s regime caused untold suffering on the people of Sudan. Darfur saw a bloody regional conflict as Sudan’s economic prospects continued to sink. In 2011, the country split in two, with South Sudan declaring its independence.

Twenty-seven years after its designation, Sudan is a very different country. Its peaceful revolution has led to a transitional government in a country and its former leader is likely to soon be extradited to the International Criminal Court. The new Sudan has little to do with the sins of al-Bashir in the early 1990s, yet its removal from the infamous US list did not require mere empirical evidence.

The US did not evaluate if Sudan was now indeed not a sponsor of terrorism; instead, it offered the removal of the designation as a bargaining chip in negotiations. The negotiations had little to do with Sudanese support for terrorism and instead focused on the normalization of ties with US ally Israel.

Sudan would be removed from the list if all they did was sign the deal with Israel. Compensation for “victims” of Sudan’s actions under al-Bashir received little attention, it was all about Israel. Yet Sudan’s officials remained wary of such a deal. The new cash deal with the US could easily be seen as a compromise after a deal with Israel remained elusive.

On Tuesday, the government of Sudan will transfer the funds to a US account after which President Trump would recommend to congress that Sudan’s designation ought to be removed. After decades of economic hardship, this would settle grievances and conclude the issue.

Commentators in Israel and the US appear convinced that this is not the case. They see the funds transferred to North America today as the first step in an inevitable US-sponsored normalization deal between Sudan and Israel. Today’s transfer is presented as part of a “wider agreement” described in great detail in the media.

Axios described the payment as a first step that would soon be followed by the announcement of a large aid package in the coming days. Trump would offer Sudan its much-needed aid as well as “mobilize” foreign direct investment in Sudan. What sources this detailed prediction originates from is unclear as Sudanese sources have made no mention of any future deal.

The coming days should tell if Sudan did indeed agree to a normalization agreement with Israel as part of the US deal. The flood-stricken impoverished country desperately needs foreign currency and aid—the fact that it must sign diplomatic concessions in order to get it is highly problematic.

The withholding of aid to Sudan is eerily similar to the situation in Lebanon, where “aid” is being withheld in order to force domestic politics into Western-approved domestic action. The problematic use of relief funds as a means to influence countries in crisis is as immoral as it is a concerning possible trend. It will slow down real aid provision and likely worsen crises.

International “aid” is increasingly used as a bargaining chip, a worrying development. The coming days will tell if this new approach to Western “aid” can indeed be effective in influencing the national decisions of Sudan. If it does, it could signal the start of a new era of highly problematic cash-for-change proposals to crisis-stricken countries across the world. 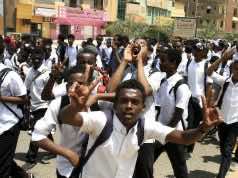 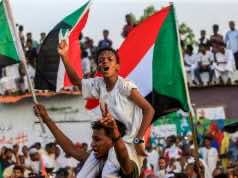