The exhibit will take visitors on a historical journey with relics of Morocco's ancient civilizations.

Meknes – The Museum of History and Civilizations is hosting an exhibition titled “Morocco Through the Ages,” set to run through January 2021.

With more than 450 archaeological objects, the collection retraces the 1,000-year history of Morocco, the National Museum Foundation (FNM) said Tuesday in a statement cited by Morocco’s state media.

The museum will display artifacts that trace the ancient human presence in Morocco, from the Paleolithic, Neolithic, and Metal Ages. Of particular significance, the exhibit will include the skull of the world’s first known Homo Sapiens.

“Morocco Through the Ages” will also showcase bronze, ceramic, and marble artifacts and gold jewelry, testifying to the Phoenician presence, the Mauritanian civilization, and Roman antiquity.

The exhibit will also include objects from the “transition period, delineated between the ancient era and the advent of Islam,” according to the same source. These materials reflect religious practices of Morocco’s Jews and Christians during the period.

“Morocco Through the Ages” is an opportunity to discover the country’s history, namely through exploring the Idrisid, Almoravid, Almohad, Merinid, and Alaouite dynasties. The exhibition will display medieval artifacts, including gold coins, ceramics, scientific tools, and architectural elements, from each dynasty.

Morocco’s History and Civilizations Museum, formerly the National Archaeological Museum of Rabat, reopened in April 2017 after renovations. The institution makes rare collections accessible to the public in order to showcase the country’s long and storied history in an educational context. 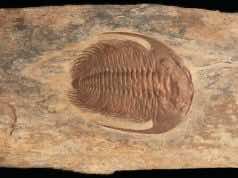