Authorities evacuated five families from the buildings after the incident. 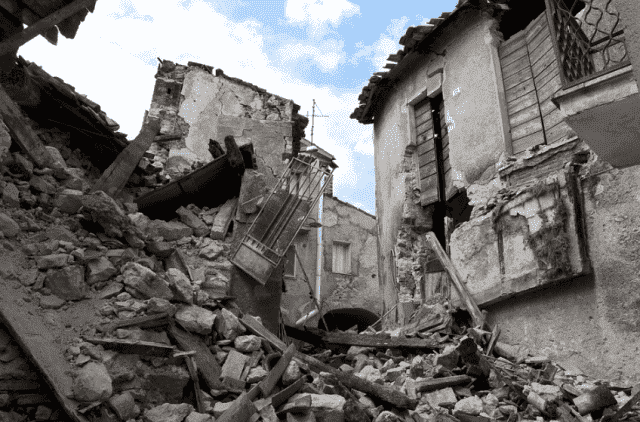 Rabat – The strong winds that swept several regions of Morocco on Tuesday resulted in the collapse of two houses in Casablanca.

The two houses, located in the Casablanca-Anfa district, have been subject to a demolition order.

Local authorities immediately intervened at the scene to take the necessary protective measures. They did not report any fatalities or injuries in the neighborhood due to the incident.

Following the collapse, Casablanca authorities evacuated five families that lived in the two houses, three of which were residing there temporarily.

On August 8, a house collapsed in the district of Sbata in Casablanca, killing one man. Local witnesses told the press that authorities warned the residents about the unstable structure prior to the incident.

“We did not leave because we have no money to rent elsewhere. We asked the landlord to help us financially while the building gets fixed, but he shut his phone [off] and we were not able to reach him,” one resident said.

Two years ago, a house collapse in the Derb L’Maizi neighborhood in Casablanca killed one woman.

Houses often collapse in neighborhoods where buildings are not well-maintained, but also in Morocco’s imperial cities with old medinas such as Fez and Marrakech.

On August 16, an abandoned house in the medina of Fez collapsed between Sagha Avenue, Acchabin Avenue, and Nouaariyine Avenue, an area popular with merchants.

Because the building was uninhabited and collapsed before merchants arrived in the area to sell their wares, no injuries or deaths occurred.