The Union of Comoros inaugurated on Monday, October 26, its embassy in Morocco.

Dhoulkamal is on an official visit to Morocco with the aim to further develop bilateral ties between Comoros and the North African country.

After the inauguration ceremony, Bourita and Dhoulkamal signed five cooperation agreements relating to the fields of diplomacy, migration, agriculture, health, and politics.

The first agreement is a memorandum of understanding (MoU) that aims to establish a mechanism for political consultations between Morocco and Comoros.

A second MoU relates to the training of diplomats. It seeks to establish a bilateral partnership in the training of young diplomats and the exchange of experiences and knowledge in the fields of diplomacy and international relations.

The third MoU addresses migration. It aims to facilitate the educational, cultural, and social integration of the Comorian community in Morocco and vice versa.

The fourth document signed today is a framework agreement for agricultural cooperation. It sets up a legal framework for collaboration in the training of farmers, as well as the exchange of experience and knowledge about irrigation and water management.

The final agreement is a cooperation protocol that seeks to establish a health partnership program between Morocco and Comoros.

Moroccan diplomacy on the move

The newly-inaugurated Comorian Embassy in Rabat is the sixth African diplomatic representation to open in Morocco in less than one week.

Today, prior to the opening of the Comorian embassy, Bourita co-chaired the inauguration of Eswatini’s new embassy in Rabat.

Comoros announced its intention to open an embassy in Rabat in December 2019, following the inauguration of its consulate general in Laayoune, southern Morocco.

“This embassy will cover not only the Kingdom of Morocco but also other countries in the sub-region,” said the former Comorian Foreign Minister, Mohamed El-Amine Souef.

Comoros only has seven other embassies across Africa, in Egypt, Ethiopia, Libya, Madagascar, Senegal, South Africa, and Tanzania.

Souef also announced the creation of a Morocco-Comoros joint bilateral commission, which will include officials and businesspeople. The commission was scheduled to hold a meeting in the first quarter of 2020 but delayed the session due to the COVID-19 pandemic.

Cooperation with Morocco has been a “constant” element of Comoros’ foreign policy since the archipelago’s independence in 1975, Souef said. 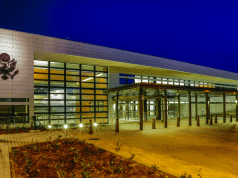 Moroccan FM: 4 African Countries to Open Consulates in Laayoune Before 2021