A global drop in foreign direct investment is hitting developed nations in particular, as well as transitioning economies.

Rabat – Foreign Direct Investment (FDI) cratered by almost half worldwide in the first half of 2020 compared to 2019, but Morocco recorded an increase of 6%. Most countries across have invested less abroad, and in turn have seen FDI dry up at home. In another proofpoint of waning global solidarity in the face of the COVID-19 pandemic, investment is staying at home, to the detriment of many.

Developed countries were hardest-hit while developing countries suffered on average a lower FDI decline, but Morocco is one of a few global outliers, according to the United Nations Conference on Trade and Development’s (UNCTAD) Investment Trends Monitor, published October 27.

Globally, FDI fell to 51% of 2019 numbers in the first half of 2020, amid the global health crisis. This means businesses and governments have proven reluctant to invest abroad, a trend the prospect of a coming global recession will likely exacerbate, according to the report.

Investments in minority stakes (M&A) longer-term “greenfield” investments and international finance deals have all seen a significant drop. A 15% M&A investment decline shows that multinationals are reluctant to buy minority stakes in local companies in order to enter their market, a trend that can be reversed, particularly through investments in digital industries.

The 37% fall in greenfield projects is more worrying as these have a longer-term effect. Greenfield investments mean companies build their business from the ground up in a new country, an indicator that they are there to stay. International finance projects have seen a 25% drop, a trend this likely to further accelerate in the current quarter.

The flow of FDI funds across borders is an important part of global capitalism. “The FDI decline is more drastic than we expected, particularly in developed economies,” UNCTAD’s investment and enterprise director James Zhan stated in the report’s press release.

“The outlook remains highly uncertain,” Zhan added, as developed economies in Europe and North America saw a fall of $98 billion, a decline of 75% in H1 2020 compared to FDI in 2019. The Netherlands and Switzerland also saw their FDI flow turn negative, and FDI into North America dropped by 56%. Italy saw a drop of 74% and the US 61%.

Overall, developed economies saw FDI drop from $397 billion in 2019 to $98 billion in the first half of 2020. Of global north countries, however, Europe did relatively well. FDI to the European Union dropped by only 29%, with the exception of Ireland and Germany, which saw increases in FDI inflow.

“Developing economies weathered the storm relatively better for the first half of the year,” Zhan wrote. FDI flows decreased by 16%, with greenfield investments suffering the most—the longer-term investments fell by 49%. Meanwhile finance fell 25%, and M&A investments actually rose by 12%.

While drops in FDI in developed countries were worse than expected, developing countries actually performed better than UNCTAD had predicted. Across Africa FDI inflows fell by 28%, followed by Latin America and the Carribean at 25% and Asia recording a 12% drop.

Transition economies, in between developing and developed, saw the sharpest decrease in FDI inflows. Russia led the trend with FDI falling from $16 billion to -$1.2 billion, meaning more FDI flowed out of Russia.

Morocco performed as one of the few outliers in the FDI trend, both worldwide and regionally. Many North African countries suffered from a drop in FDI because of collapsing oil prices—the region saw an average decline of 44%, including a 57% drop for Egypt. Meanwhile, Morocco managed to record an increase of 6%.

The report credits Morocco’s “relatively diverse investment profile” for its increase in FDI inflow of $0.8 billion amid the global slump. Despite difficulties in the tourism and manufacturing industries, investors continue to see Morocco as a stable and diverse economy for investment.

Morocco has worked hard to attract more FDI. The six-year Industrial Acceleration Plan that concluded in 2020 appears to have successfully helped increase Morocco’s FDI inflows. Casablanca’s role as an international center of finance has played a large part in attracting more foreign investment.

“FDI remains the most important source of external finance for developing countries,” the report’s press release noted. At the end of 2019 global FDI stood at $37 trillion. The changes in FDI for Morocco and the world, linked to the pandemic, are likely to continue in parallel to developments of the health crisis. 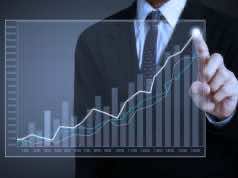