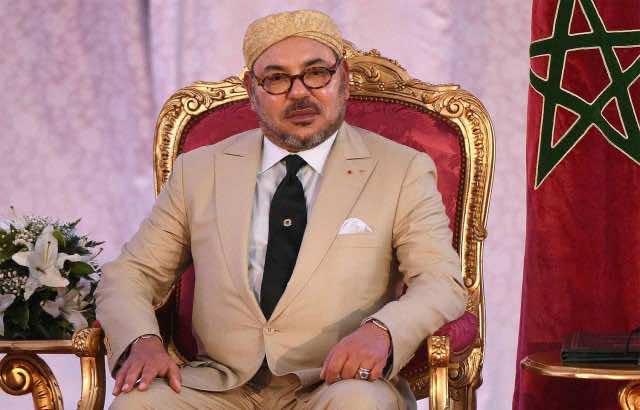 Rabat – Morocco’s King Mohammed VI sent a congratulatory message on Sunday to Algeria’s President Abdelmadjid Tebboune on the 66th anniversary of the start of the Algerian Revolution.

In typical diplomatic fashion, Morocco’s monarch sent a message of congratulations to the president of Algeria to honor the occasion.

King Mohammed VI expressed his “warm congratulations” and shared “sincere wishes for further progress and prosperity to the Algerian people.”

He reiterated his appreciation for “the bonds of sincere brotherhood uniting the Moroccan and Algerian peoples.”

In his message, the King recalled “with pride the epic of spontaneous solidarity which marked the period of their heroic struggle for freedom and independence.”

Despite the existence of what resembles a “cold war” between Morocco and Algeria due to Algeria’s backing of the militant Polisario Front, which seeks to separate Western Sahara from Morocco, King Mohammed VI regularly sends diplomatic messages to Algeria’s sitting presidents.

Read also: Algeria’s Two-Faced Tebboune Will Never Give Up Cold War with Morocco

The latest diplomatic message from Morocco came as Tebboune is hospitalized in Germany after contracting COVID-19.

The message also coincides with Algeria’s national referendum on the proposed constitutional amendment.

Morocco World News’ in-depth analysis of the new constitution found that the draft is not close to the democratic reforms Tebboune promised after his election in December 2019. He began his presidency vowing to nurture a “new Algeria” in response to the 2019 Hirak protests.

However, the new constitution fails to adequately address the grievances of the Hirak movement and instead seeks to legitimize state repression of dissent and press freedom.

Voting for the referendum on the constitutional amendment began on Sunday in “good conditions” at “most polling stations,” the Algerian Press Agency quoted the chairman of the National Independent Authority for Elections, Mohamed Charfi, as saying.