For Polisario, the new UN consensus is a frontal assault on its most important talking point: A referendum on self-determination. 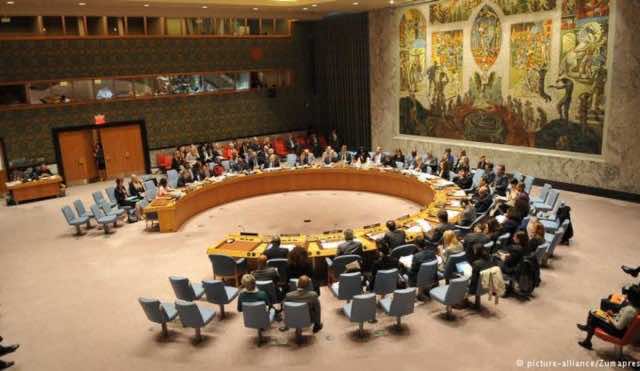 No sooner had the UN Security Council (UNSC) adopted Resolution 2548, its latest deliberation on Western Sahara, than Polisario reacted in familiar style: So long as the Security Council does not reconsider its position on a referendum on self-determination, the militant group will not consider the UN a trustworthy, capable truce-broker.

Hours before the Security Council adopted the new resolution, the Polisario leadership had already expressed its doubts about what it considers a “hijacked” and “one-sided” political process.

While the UNSC met on October 29 to discuss the fate of MINURSO, the peacekeeping mission and guarantor of the status quo in Western Sahara, the Polisario leadership met in the Tindouf camps in Rabouni on October 30.

According to Algeria’s state-owned outlet APS, the “urgent meeting” aimed to evaluate the UNSC’s latest deliberations and decide on how to respond. Brahim Ghali, Polisario’s self-styled president, insisted during the meeting that “any evasion of the referendum on self-determination renders the ceasefire null and void.”

For the majority of Western Sahara watchers, Resolution 2548 is yet another validation of the increasingly pro-Morocco momentum on the Sahara question. It consolidates the prevailing UN consensus since Morocco proposed its Autonomy Plan in 2007.

Key in the new, post-2007 UN consensus around Western Sahara are the notions of compromise and realism, as well as the idea that a politically negotiated solution is the only realistic route towards sustainable peace.

In discussions that led to the adoption of Resolution 2548, most Security Council members described Morocco’s Autonomy Plan as a “serious and realistic” step towards a lasting solution to the lingering Sahara conflict.

More meaningfully for Morocco — but surely more frustratingly for Polisario — the new resolution urged Polisario to refrain from military maneuverings in the buffer zone, including the group’s numerous violations of military agreement No 1.

In both its tone and implications, the new resolution extends and validates all the central elements of the UN Secretary General’s latest annual report: The importance of MINURSO, Algeria’s front-bencher role in the conflict, the indispensability of a compromise-based political solution, and the need to salvage Horst Kohler’s legacy.

For Polisario, however, the new UN consensus is not just a rejection of its longstanding statehood aspirations. It is, however diplomatically articulated, a frontal assault on its most important talking point: A referendum on self-determination.

Explicitly, the new resolution is full of appeals for all conflicting parties to embrace a spirit of pragmatism and compromise to reach a politically negotiated and “mutually acceptable” solution. Implicitly, as Morocco’s Foreign Minister Nasser Bourita has since approvingly noted, the resolution suggests that the current configuration makes referendum an unfeasible, unattainable goal.

But this is a hard pill to swallow for Polisario. As the Front sees it, by “normalizing” the UN-imposed status quo, the whole point of the current political process is to eventually make its statehood dreams irrelevant and redundant.

“The UN Security Council has just adopted resolution 2548 (2020) on the renewal of the mandate of the MINURSO. The Polisario Front regrets that the resolution does not contain any concrete measures that would allow MINURSO to implement the mandate for which it was created in 1991,” APS quoted the group as declaring at the end of its October 30 meeting.

The Polisario leadership insisted that, faced with a partial international community, it has “no choice” but to “review” its participation in the UN-led peace process and “intensify the struggle … by all means, in the face of the inability of the United Nations.”

All the indications are that a full-throated war is no longer — at least not now or any time soon — an option for either Morocco or Algeria, Polisario’s main financial and strategic supporter.

Since the election of Abdelmadjid Tebboune as Algeria’s president, the North African country seems to have entered into a new age of hostility with Morocco.

It is a sort of smart, coldish confrontation in which fundamental disagreements remain but no party is willing to make things worse or more burdensome than they already are.

Or, to use a nuclear warfare analogy, the two countries, among Africa’s top economies and strongest armies, seem to have reached something close to mutually assured deterrence.

This is why, while tensions have boiled in recent years over continued hostile statements and behind-the-scenes diplomatic maneuverings, there have been no muscular escalations or direct confrontation on the ground.

It is also why, despite the Polisario leadership’s inclination towards saber-rattling, most Western Sahara watchers agree that war is a very distant, if not improbable, prospect in the decades-long dispute.

What, then, to make of Polisario’s latest gambit? What does the group’s dismissal of the Security Council, the Sahara conflict’s only legitimate broker, say of the prospects of the UN-led political process?

One readily available explanation is that the political process still has a long, bumpy road ahead, since the pro-Polisario camp will not easily relinquish its increasingly impractical decades-long statehood dreams.

Another reasonable explanation is that, by sowing panic and confusion among UN diplomats who seemed to have put all their eggs in the Kohler-induced “new momentum” basket, Polisario hopes to force some referendum-friendly concessions out of the UN in order to remain at the negotiating table.

The underlying reason behind this forced relevance, as I said of another defiant, bellicose Polisario message, is that the group hopes for its “constant denunciations and … attention-catching bravura” to eventually help “tilt the UN momentum back to its political comfort zone.”

In its current configuration, the UN-led process’s next, biggest challenge is the appointment of a new envoy who can effectively pick up Kohler’s baton.

But after that will come an even sterner test: Genuine trust-building to lay the ground for the much-desired “political and mutually acceptable” solution. This will not be an easy task.