The directorate forecasts local storms with heavy rainfall starting Wednesday at 6 p.m. until Thursday at 8 a.m. in the provinces of Safi, Taroudant, Al Haouz, Ouarzazate, Tinghir, Errachidia, and Midelt.

Strong gusts of wind between 75 and 90 kilometers per hour are expected in the provinces of Midelt, Boulemane, Azilal, Al Haouz, Taroudant, Chichaoua, Tinghir, Ouarzazate, Figuig, Jerada, Guercif, Taourirte, Oujda, and Berkane on Thursday and Friday.

Snow is also expected above 2,100-meter altitudes in the provinces of Al Hoauz, Chichaoua, Azizlal, and Midelt from Wednesday at 6 p.m. through Thursday at 12 p.m.

The rain will be beneficial for the new agriculture season after slow production last year due to drought.

In September, Morocco’s government announced that its cereal production was down by 39% in the last agriculture season.

The Ministry of Agriculture cited drought as the primary cause of the drop in domestic cereals production and an increase in imports.

The production of the three main cereals for the 2019-2020 season was estimated at 32 million quintals, representing a decrease of 39% compared to the previous season.

The last season was an average year for production, with 52 million quintals.

Delayed rainfall was only beneficial for grain harvests in mountainous areas. 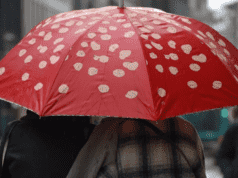 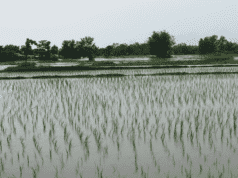