In his 2019 address, the King welcomed development projects in the South and Morocco’s pan-African foreign policy. 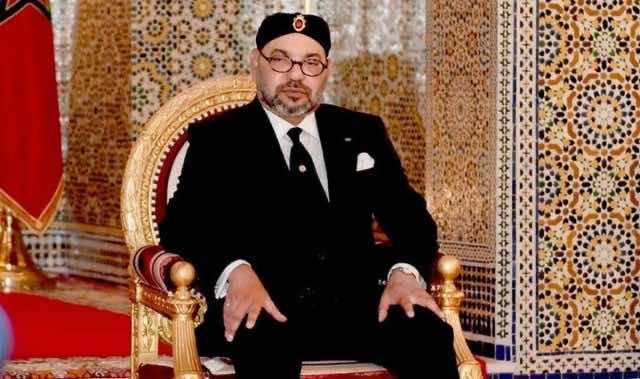 Rabat – King Mohammed VI is set to deliver a speech to commemorate the 45th anniversary of the Green March on Friday, November 6.

The Ministry of the Royal House, Protocol, and Chancellery announced in a press release that the speech will be broadcast on radio and television at 9 p.m.

Every year on November 6, Morocco remembers the Green March of 1975, when 350,000 Moroccans marched peacefully into the Sahara desert.

Carrying Qur’ans, Moroccan flags, and banners of King Hassan II, the demonstrators demanded Spain end its occupation of the region.

The Green March was the result of King Hassan II’s call to action on October 16 of the same year.

“We have to do one thing dear people and that is to undertake a peaceful march from the north, the east, the west to the south. It behooves us to act as one man in order to join the Sahara,” he said in an address broadcast on national television and radio stations.

Every year since November 6, 1975, Moroccans remember the Green March with pride.

King Mohammed VI has sought to continue the momentum of his father. In his annual Green March speech in November 2014, the King stated: “Morocco will remain in its Sahara, and the Sahara will remain in its Morocco until the end of time.”

In his 2019 speech on the 44th anniversary of the Green March, King Mohammed focused on Morocco’s aspirations to unite the northern and southern provinces, development projects in the South, the Autonomy Plan, foreign policy, and pan-Africanism.

“Ever since I ascended the throne, I have put Africa at the heart of Morocco’s foreign policy,” the monarch said.

“This has had a tangible impact on Morocco’s economic, political, cultural, and religious standing on the continent,” he continued. “I firmly intend to make Morocco a key player in shaping the Africa of the future.”

Morocco is enjoying growing support among African countries for its position in Western Sahara. Fifteen African states inaugurated diplomatic representations in the southern cities of Dakhla and Laayoune since December 2019, reflecting their concrete support for Moroccan sovereignty in the region.

On Wednesday, the UAE became the first non-African Arab country to open a consulate in Western Sahara, bringing the number of foreign diplomatic representations in Morocco’s southern provinces to 16 and broadening this concrete reflection of support for Morocco’s sovereignty beyond its continental allies.

Read also: Western Sahara and the Clash of Pan-Africanisms