Morocco’s most significant recent diplomatic gain in the Western Sahara dispute is the opening of 16 consulates in its southern provinces. 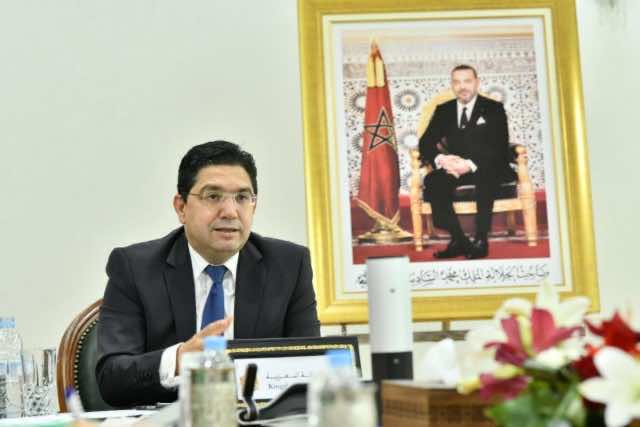 Rabat – The Western Sahara question remains the top priority of Moroccan diplomacy, Minister of Foreign Affairs Nasser Bourita said Thursday on the eve of the 45th anniversary of the Green March.

Speaking at the House of Representatives, Bourita said that even in the exceptional context of COVID-19, “the issue of the Moroccan Sahara remains at the top of the priorities of national diplomacy,” Morocco’s state media reported.

He added that Morocco is continuing to adopt a policy of “clarity and firmness” towards Western Sahara by maintaining that a final political solution to the territorial dispute is only possible “within certain fundamental parameters.”

These parameters, he continued, are based on Morocco’s full sovereignty over Western Sahara and the autonomy initiative as the only solution to the dispute.

Another fundamental parameter is the full participation of all parties to the conflict in the search for a final solution, in full respect for the UN-led peace process and in rejection of “all outdated plans” such as the referendum Polisario and Algeria continue to push.

Resolution 2548 also refers to Algeria on five occasions — the same number of times it refers to Morocco — cementing its role as a stakeholder in the conflict. Morocco consistently calls for Algeria to step into its role as a concerned party and acknowledge its responsibility in engaging in efforts that favor a solution.

The latest resolution, which extended the MINURSO peacekeeping mission in Western Sahara for another year, acknowledged the solid framework of Morocco’s autonomy initiative.

The resolution also calls on the Algeria-backed Polisario Front to respect the ceasefire and refrain from acts that threaten the status quo in Western Sahara, reprimanding the separatist group’s recent provocations in the buffer zone.

Morocco’s foreign minister confidently stated that “national diplomacy was able to mobilize all its means to achieve the objectives outlined by King Mohammed VI and to move forward in the achievement of new gains.” Key is consecrating the legitimacy of the Moroccan position in Western Sahara.

Various international actors and countries on every continent have voiced support for Morocco’s territorial integrity and Autonomy Plan. As well, a total of 16 countries have inaugurated diplomatic representations in Dakhla and Laayoune, two cities in Morocco’s southern provinces that allies of Algeria and the Polisario Front consider “contested territory.”

Fifteen countries from West, East, Central, and Southern Africa have opened general consulates in Laayoune and Dakhla since December 2019.

Additionally, the UAE became the first non-African Arab country to inaugurate a consulate general in the region on Wednesday, a historic move that may inspire other Arab states to follow suit.