November 13 will see the House of Representatives’ vote on Morocco’s 2021 Finance Bill as a whole.

Rabat – The Finance and Economic Development Committee in Morocco’s House of Representatives adopted on Wednesday night by majority the first part of Morocco’s 2021 Finance Bill.

Following an introduction of the first part of the bill, 21 MPs voted in favor of its application against 19 who opposed it.

The first part of the finance bill includes 165 amendments, mainly about taxes, the unified professional contribution, and the solidarity contribution for companies and individuals.

Morocco’s 2021 finance bill comes with the objective of implementing a recovery plan for the economy and launching the generalization of nationwide social coverage.

On October 9, at the beginning of the fifth and final legislative year of the 10th Moroccan legislature, King Mohammed VI emphasized generalizing social security mechanisms to cover all Moroccans.

On the eve of his 21st Throne Day, King Mohammed VI announced Morocco’s recovery plan to alleviate the negative repercussions of the COVID-19 crisis on the economy.

The Moroccan monarch said that the country will inject MAD 120 billion ($12.8 billion) into the national economy, with the aim to position Morocco among the most “enterprising countries in terms of post-crisis stimulus packages.”

On Thursday, starting at 2:30 p.m., the Finance and Economic Development Committee will present its report on the 2021 finance bill and Parliamentary groups will make presentations, to which Minister of Finance Mohamed Benchaaboun will respond.

Friday’s vote will follow the Government Council’s October 16 approval of the bill. 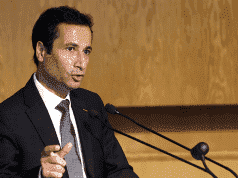