The lawyer claimed the real Al-Aqsa mosque is located in an area called al Ji'ranah near Mecca in Saudi Arabia.

Rabat – Saudi lawyer Oussama Yemani made controversial remarks, claiming that Al Aqsa Mosque is not in Jerusalem but in Saudi Arabia.

The lawyer published an opinion piece with the Okaz news outlet, saying that millions of Muslims have had “wrong answers” for years regarding the location of Al Aqsa Mosque, the third holiest site in Islam.

He argued that many people believe Al Aqsa Mosque is in Jerusalem because of history books.

“Jerusalem is not [the site of] Al-Aqsa [Mosque] as it was not bearing this name during the mission of the messenger of God, Muhammad, may God bless him and grant him peace, nor during the era of the Rightly Guided Caliphs,” he said.

Yemani also said people are confused about the qiblah, which is the direction of the Kaaba of the sacred mosque in Mecca, or the direction Muslims pray.

He also claimed many people have divided opinions regarding the first qibla.

“Many say that the first qibla is the Kaaba, and they mention that the messenger of God used to pray in Mecca to the Kaaba and then was ordered to pray to the rock of Jerusalem after the migration,” Yemani said.

Concluding his theory, Yemani claimed that the Al Aqsa Mosque is in Al Ju’ranah, a village in Mecca province, in western Saudi Arabia.

He said the mosque “is located in the region and it was known as the Al-Aqsa Mosque because there is another mosque built by one of the benefactors known as the Near Mosque.”

Yemani claimed that through his theories one can conclude that the difference between “narratives and narrators is due to political matters that have been employed in favor of events, issues, and political stances that have nothing to do with faith or interest in deeds and worship.”

The statements sparked outrage and mockery from Muslims across the world.

Jerusalem is the third holiest site in Islam. The mosque was built on the Temple Mount, known as Al Aqsa.

Doctor Ali Al A’war, a researcher on Jerusalem and Al Aqsa Mosque Affairs wrote a response to the claims from the Saudi lawyer, condemning his doubts on the existence of Al Aqsa in Jerusalem.

“This new cultural discourse among some Gulf writers and the book on cultural normalization represents the official position of some Gulf rulers, as the article was published in the Saudi government newspaper Okaz,” the researcher said.

“Those fabrications and lies produced by the new Arab Zionists represent new contributions to Netanyahu’s behavior and the Israeli government’s policy towards denying the existence of the Palestinians and the political rights for the Palestinian people in the Holy land.”

The researcher cited the decision of some Gulf countries to normalize ties with Israel, including Bahrain and the UAE.

Saudi Arabia has not yet established diplomatic ties with Israel but hinted that this could eventually occur. 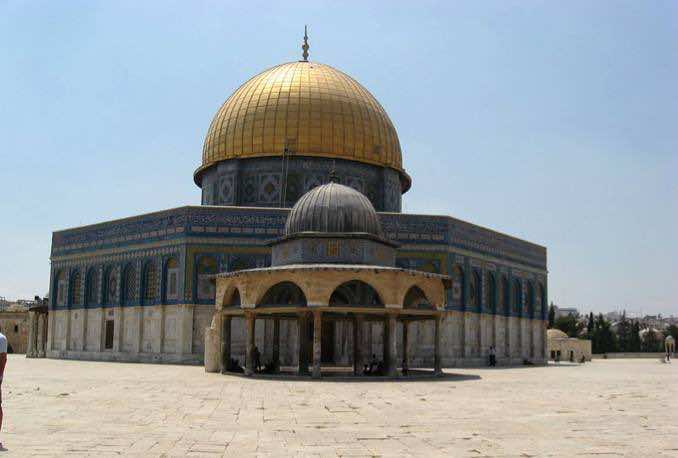