Zapatero, who led the Spanish government between 2004 and 2011, said  Morocco’s autonomy initiative is “an ambitious and reasonable solution” to resolve the territorial dispute.

The proposal would give the local population in the Sahara complete independence over their political and socio-economic development. However, a central Moroccan government would remain responsible for issues of national interest, such as diplomacy and defense.

The former Spanish official voiced his support for the initiative during an interview with Spanish television channel La Sexta (The Sixth) on Monday, November 16.

“I consider that the Autonomy Plan proposed by Morocco remains an ambitious and reasonable solution, which guarantees the rights of the population,” Zapatero said.

Zapatero also called for negotiations, saying that they are “the only way to reach a non-violent solution” to the dispute over Western Sahara.

Spain saw a shift in its official position on Western Sahara under the Zapatero government. Until the early 2000s, Spain was among the countries that challenged Morocco’s territorial integrity by actively supporting the self-proclaimed Sahrawi Arab Democratic Republic (SADR).

However, after Zapatero took office in 2004, Spain adopted a neutral stance vis-a-vis the Western Sahara issue. The European country has maintained its neutral position over the past 15 years through the governments of Zapatero (2004-2011), Mariano Rajoy (2011-2018), and Pedro Sanchez (2018-present). 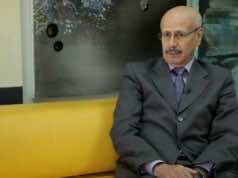