Every year on November 18, Moroccans remember the late King Mohammed V’s fight for the country’s freedom.

Rabat – Millions of Moroccans around the world are celebrating the 65th anniversary of Morocco’s Independence Day on Wednesday, November 18.

Until the late King Hassan II officially took the throne on March 3, 1961, the country celebrated Independence Day on March 2.

However, King Hassan II requested that Independence Day be commemorated on November 18.

The date marks King Mohammed V’s iconic independence speech that he delivered upon his return from exile in 1955.

Although Morocco has had independence from European colonizers for 64 years, Independence Day celebrates the King’s speech 65 years ago.

Morocco recognized King Mohammed V as Sultan from 1927 to 1953 until French colonial authorities forced the ruler from Moroccan soil on the eve of Eid Al Adha, considering him a threat to the status quo. They sent him and the royal family to Corsica in 1953 and to Madagascar in 1954.

On November 16, 1955, Moroccans gleefully celebrated his triumphant return and recognized him once again as the Sultan. His active opposition to the French protectorate further drew his people to his side.

In late 1955, King Mohammed V negotiated with Spain and France to gradually restore his country’s independence, within a framework of interdependence between Morocco and France. He also agreed to institute reforms that would transform Morocco into a constitutional monarchy with a democratic government.

“We are delighted to announce the end of the trusteeship system and protectorate and the advent of freedom and independence,” said King Mohammed V on November 18, 1955.

November 18 also coincides with the beginning of King Mohammed V’s rule in 1927.

King Mohammed V played such an essential role in the country’s quest for independence that Moroccans widely know the movement itself as the Revolution of the King and the People.

By celebrating Morocco’s Independence Day on November 18 rather than March 2 or April 7, Moroccans remember the revolutionary monarch’s fight for their freedom. Now free from colonial clutches, Morocco is experiencing untold development and has become an economic powerhouse in Africa and a bastion of security in the Maghreb.

The observance of Independence Day on November 18 also comes hot on the heels of the annual commemoration of the Green March. The watershed event on November 6, 1975, under the directives of King Hassan II, was a turning point in Morocco’s quest for territorial integrity. However, this quest did not begin with King Hassan II.

Morocco’s independence in 1956 did not entail the return of all its occupied lands. King Mohammed V first formally claimed Moroccan sovereignty over Western Sahara before the UN Trusteeship Council in 1957.

Then on February 25, 1958, two years after Morocco acquired independence from France, King Mohammed V delivered an emblematic speech calling for the unity of Western Sahara.

Speaking in front of representatives from the Moroccan Saharan tribes in M’hamid El Ghizlane, a southern Moroccan oasis, the King declared: “We solemnly proclaim that we will continue our efforts to reclaim our Sahara, in accordance with our historical rights and the wishes of the inhabitants.”

The King recalled the population’s historical allegiance to Moroccan monarchs. Throughout the address, he reaffirmed Morocco’s sovereignty over the Sahara and the country’s relentless defense of its territorial integrity.

Later that year, on April 1, Morocco and Spain signed the Treaty of Angra de Cintra.

The agreement enabled Morocco to recover part of its southern territories, including Tarfaya and Tan-Tan, following Moroccan Army of Liberation resistance operations against Spanish colonizers.

King Hassan II carried his father’s torch, striving throughout his rule to unite Morocco and the Sahara.

“We remember our father’s visit [to M’hamid El Ghizlane] with pride because it is from here that he called for the return of the Moroccan territories … it was a call that had a great echo and was a lesson in politics and patience, from which we now reap the benefits,” King Hassan II said in April 1981.

Decades after the passing of both monarchs, Morocco is still working to complete the country’s territorial integrity.

After several years of strides in the UN political process and with the support of dozens of countries and international institutions and observers, Morocco has achieved in the past year more diplomatic progress than ever in the Western Sahara dossier. This momentum came despite the Polisario Front and Algeria’s fruitless attempts to block this progress.

With King Mohammed VI committed to developing the southern provinces and with momentum in the Sahara a focal point of Morocco’s foreign policy, Moroccans can be proud this Independence Day of their country’s strides since 1956. 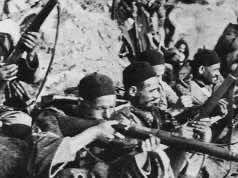