The Algerian politician’s unilateral statement on the Guerguerat crisis contradicts the AU’s limited role in the Western Sahara political process. 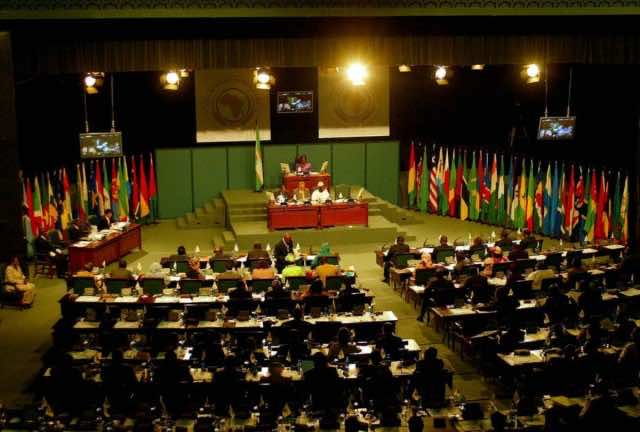 Rabat – Jamal Bouras, the Algerian politician who is acting as interim president of the Pan-African Parliament (PAP), has made serious “abuses” towards Morocco, according to Roger Nkodo Dang, who argues he is still president of the PAP.

Dang is embroiled in his own conflicts over past sexual harassment allegations, embezzlement investigations, and current disagreements over the end of his mandate as PAP president. This has not stopped him, however, from denouncing Jamal Bouras.

Jamal Bouras has served as acting interim president of PAP since April. In October, the Algerian politician accused Dang of attempting to “usurp” the PAP chair. Dang argues that his mandate does not expire until May 2021. The two have been at odds for months.

Dang recently addressed a letter to the Foreign Ministers of the African Union to draw their attention to Bouras’ “maneuvers,” which clearly “go against” Moroccan interests, according to Morocco’s state media.

“The authoritarian abuses of the third Algerian Vice-President of the PAP, Jamal Bouras, who acts as President without rotation, have created a serious institutional and functional crisis within the Pan-African Parliament,” the source quoted Dang’s letter as saying.

Dang stressed that “all decisions and declarations taken in this context or actions outside the provisions of the texts in force cannot be considered reflecting the position of the PAP or its legitimate bodies,” according to the same source.

Dang added that the Pan-African Parliament did not hold a recent session, contrary to the provision of Article 28 (1) that requires PAP to hold at least two ordinary sessions during a period of twelve months. He asked the Foreign Ministers of the AU to “intervene immediately.”

While the source did not explicitly outline the affronts to Moroccan interests, Dang may be alluding to Jamal Bouras’ recent statement about the Guerguerat crisis.

Morocco’s military acted on November 13 to end Polisario’s blockade of the vital Guerguerat crossing on the Moroccan-Mauritanian border. Jamal Bouras released a statement on behalf of the Pan-African Parliament concerning the situation, cited by Polisario’s “official news outlet.”

In what appears to be a unilateral statement, the Algerian politician said PAP, “which is the legislative organ of the African Union, is following with concern the recent and increasing tensions in Western Sahara, especially in the buffer zone in Guerguerat, which threatens the fragile truce that has been in place since 1991.”

The AU has formally committed to support the UN-led political process in Western Sahara rather than derail the process with independent efforts. Bouras’ statement blatantly contradicts African Union Decision 693 of July 2018, officially limiting the AU’s role to extending support to UN-led efforts in the political process.

Algeria is the key backer of the militant Polisario Front that created the Guerguerat crisis. The country finances and arms the Front and houses its leaders, and recently sent aid to militants in the Guerguerat region.

Additionally, South African President Cyril Ramaphosa is the chairperson of the AU and a vocal opponent of Morocco’s territorial integrity, often referring to the Western Sahara dispute as Africa’s final fight against “colonial occupation.”

Under Ramaphosa’s chairmanship and with Algeria’s influence in the Pan-African Parliament, any AU intervention in Western Sahara, as Jamal Bouras alluded to in his unilateral statement, would not only contravene the continental body’s own decision, but would inevitably be anything but neutral.

Dang, who welcomed Morocco’s return to the AU in 2017 and whose country Cameroon supports Morocco’s sovereignty over Western Sahara, likely also deems it inappropriate for Bouras to make statements on the Guerguerat crisis on PAP’s behalf.