Morocco World News
Home Highlights on Morocco Guerguerat: Secure, Yet in Need of Water and Electricity

Morocco’s Ministry of Islamic Affairs announced on Wednesday the building of a large mosque in the area. 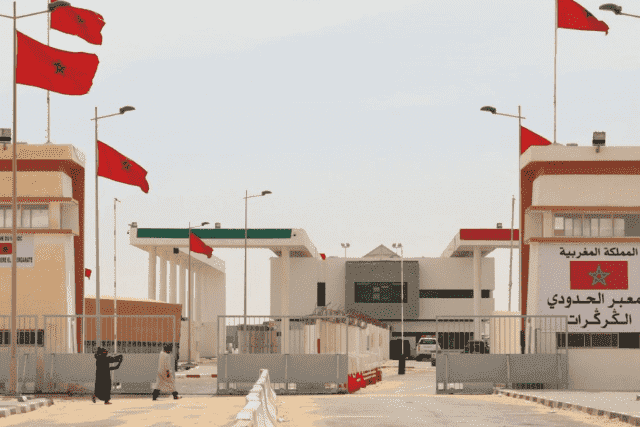 Rabat – Morocco’s Guerguerat operation on November 13 has brought peace and security to the vital crossing point.With calm restored, however,  the local population, including business owners, are now in need of water and electricity.

Polisario’s blockade in the area halted comercial traffic between Morocco and Mauritania for three weeks, stranding 200 truckers. But the “security cordon” that Morocco’s Royal Armed Forces (FAR) established in Guerguerat has since allowed the resumption of commercial activity.

Local business owners, such as grocery stores, restaurants, and cafes, who live off the continuous movement of truck drivers, breathed a sigh of relief following the resumption of normal activity. The need for water and electricity in the region is still acute, however.

Butchers operate necessary fridges to keep the meat fresh, with electricity generators according to a reportage by a Moroccan news outlet. Many shop-owners are worried  about the frequent electricity cuts in the area.

The remote location of Guerguerat makes it a challenge for electricity operators to link it to the network.

Meanwhile, there are indications that Moroccan authorities are working to meet locals’ demands in remote areas, especially in its southern provinces.

Electricity network across Morocco was the main discussion of a Monday session at the Moroccan House of Representatives. Minister of Energy Aziz Rabbah announced that the North African country has allocated MAD 30 billion ($3.2 billion) to boost the electricity transmission network.

Five days after Morocco’s successful intervention in Guerguerat, the Ministry of Islamic Affairs announced on Wednesday its decision to build a large mosque in the border crossing.

Construction began on Wednesday, November 18, in commemoration of the 65th anniversary of Morocco’s Independence Day.