The Central European country has joined a rapidly-growing list of countries that officially expressed their support for Morocco regarding the recent Guerguerat events.

Rabat – The Czech Republic has commended Morocco’s engagement to maintain the 1991 ceasefire agreement with the Polisario Front, despite the hostile acts of the separatist group.

The Czech Republic also called on Polisario and its militias to respect the 1991 ceasefire agreement with Morocco.

The statement from the Central European country came after armed members of the separatist group blocked traffic in the Guerguerat crossing point, near the Moroccan-Mauritania border for several weeks.

The Polisario Front began its blockade on October 21. Its hostile act lasted more than three weeks until Morocco decided to intervene and lift the blockade on November 13.

The Moroccan operation restored the flow of civil and commercial traffic between Morocco and Mauritania and earned international recognition as a legitimate, sovereign act.

The Polisario Front breached the 1991 ceasefire agreement on the day Morocco intervened to lift the blockade when the separatist group attempted to attack the Moroccan army.

Polisario’s Leader, Brahim Ghali, formalized the ceasefire breach one day later, on November 14, when he declared “war” against Morocco.

The Czech Republic in its statement on Monday urged the Polisario Front to adhere to the UN-led political process in Western Sahara and to respect the Security Council’s resolutions in order to find a sustainable solution to the territorial dispute.

With its statement, the Czech Republic has joined a growing list of countries, including Hungary, that voiced their support for Morocco’s operation in Guerguerat and condemned Polisario’s hostilities. The list includes more than 35 countries from Africa, Europe, the Middle East, and the Americas. 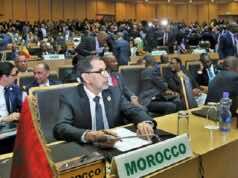