The UN Office of the High Commissioner for Human Rights (OHCHR) has elected Moroccan activist Soumia Amrani as a member of the Committee on the Rights of Persons with Disabilities (CRPD).

The election took place during the 13th session of the Conference of the States parties to the Convention on the Rights of Persons with Disabilities in New York on November 30.

Soumia Amrani will serve as a member of the committee starting January 2021 until the end of 2024. According to the Moroccan Ministry of Foreign Affairs, she earned the votes of 103 countries during the election.

The Moroccan activist is the president of the NGO Collectif Autisme Maroc, a national network of 64 associations of parents with children on the autism spectrum. She is also the vice-president of the national alliance for promoting the rights of persons with disabilities, known as CPH, and a member of other national and regional NGOs.

Soumia Amrani also works as a public servant at Morocco’s Ministry of Foreign Affairs, leading the department of cooperation with NGOs. She represents the ministry in Morocco’s interministerial committee for the implementation of a public policy on disabilities.

“Soumia Amrani is a known and recognized figure for her work and her commitment to several national and international associations and institutions for the defense of the rights of persons with disabilities,” the Ministry of Foreign Affairs wrote in a statement.

“The success of the Moroccan candidacy is a recognition of the sustained efforts and undeniable advances of the Kingdom … in the field of the promotion of human rights,” the statement added.

Soumia Amrani competed with 26 other candidates for a total of nine vacant posts within the CRPD. With her election, the Moroccan activist will serve as an international expert consultant on issues of people with disabilities and their rights.

She will also work on promoting the 2006 Convention on the Rights of Persons with Disabilities. The convention seeks to “promote, protect, and ensure the full and equal enjoyment of all human rights by persons with disabilities.” 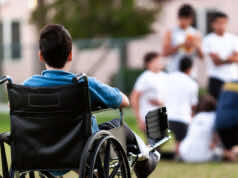 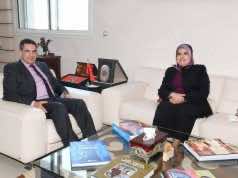