Meknes – Morocco extradited to Malta on Tuesday 37-year-old Samir Almiri, a Libyan national who is the primary suspect in a murder in Santa Lucija, a town in the island’s southern region.

Officers of Malta’s Major Crimes (CID) and Special Intervention Unit (SIU) accompanied the Libyan suspect on a flight from Casablanca, according to the Times of Malta.

The murder case dates back to March 17 when police found the body of 62-year-old Victor McKeon in an apartment in Santa Lucija.

Samir Almiri allegedly shared the apartment with the victim when the murder took place.

Residents of the apartment building began to complain of a foul smell coming from McKeon and Almiri’s apartment, leading to the discovery of McKeon’s body.

Police found the body, which Almiri wrapped in bags, in severe advanced stages of decomposition.

Investigations and an autopsy determined that the man died of suffocation and of blows to the head.

The Times of Malta quoted local police as saying that Casablanca police arrested Almiri under an international arrest warrant that Malta issued through its Interpol office.

His arrest in Casablanca came six days after Maltese police discovered McKeon’s body, but the COVID-19-induced lockdown — which began on March 20 — slowed the extradition process from Morocco.

The suspect is now in custody in the Maltese town of Floriana under maximum security, where he awaits trial. 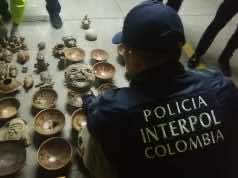