The company plans to bring the project to other major Moroccan cities, including Casablanca, Marrakech, Agadir, and Tangier.

The phygital urban signage company set up the toilets in collaboration with local authorities. The modern public toilets are the first in Morocco with free high-quality sanitary products, automatic sinks, and an intelligent automation system.

Mouktabil said that the public toilet project stands out not only because it is free to access but also because of its technological and sanitary added value.

He added that Access Pub plans to introduce the “intelligent” public toilets to other cities in Morocco, including Rabat, Casablanca, Marrakech, Agadir, and Tangier.

The project is part of “an approach favoring the general interest of Morocco and its development,” he said.

Mouktabil also emphasized that the project meets the stands of the UN Sustainable Development Goals (SDGs).

“This is a very nice initiative of young Moroccans,” she said.

She added that the association has been fighting for better public toilets in Morocco for “four years, because it is an issue that affects not only our health, but also our environment and tourism.”

Moroccan activists, citizens, and tourists have long condemned the lack of modern and sanitary public toilets in Morocco, which affect Morocco’s development objectives.

Several travel websites warn of a lack of quality public toilets in Morocco, including Lonely Planet.

“Public toilets are rare outside the major cities. If you find a public toilet, you’ll need to bring a tip for the attendant, stout-soled shoes and very often a nose clip,” Lonely Planet wrote in an article about the availability of toilets in Morocco.

Amid the shortage, several companies and authorities vowed to improve public access to toilets in Moroccan cities.

In 2019, Casa Amenagement announced a decision to install public restrooms in Casablanca for a budget of MAD 50 million ($5.56 million). 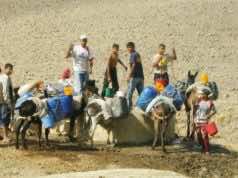 15.9% of Moroccans Live Without Toilets