Israeli airlines El Al and Israir have expressed their eagerness to launch direct flights between Israel and Morocco.

El Al said it “will begin operational preparations for operating direct flights to Casablanca, subject to obtaining all the necessary approvals from the various authorities,” the Jerusalem Post reported last week.

According to the Israeli newspaper, Israel’s flag carrier considers flights to and from Morocco to “be very popular among Israeli clientele.”

Israir, meanwhile, announced that within a few months, they will launch 20 weekly flights between Israel and Morocco.

“If all parties are serious, it will be possible to open direct lines within three months,” Israir CEO Uri Sirkis told Israeli media, the Jerusalem Post reported.

Direct routes between Morocco and Israel could be very lucrative for the airlines operating them, considering the number of Israelis that visit the North African country every year, estimated at 50,000.

The Israeli airlines expressed their interest in launching air links with Morocco soon after US President Donald Trump announced the North African country has decided to resume its diplomatic relations with Israel.

On December 10, Morocco’s Royal Cabinet confirmed that the country will resume relations with Israel and facilitate direct flights to transport Jewish people of Moroccan origin and Israeli tourists to and from Morocco.

While preparations are still underway for the launch of future air routes, Morocco’s flag carrier Royal Air Maroc is also likely to operate several weekly flights to and from Israel.

Emirati and Bahraini airlines, such as Emirates, Etihad Airways, and Gulf Air, could also compete with Moroccan and Israeli flights, considering the UAE and Bahrain have recently normalized ties with Israel. 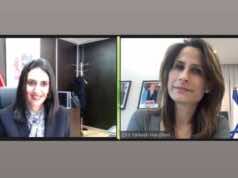