Ross’s latest diatribe makes it clear that Morocco’s suspicions of his pro-Algeria and Polisario sympathy were anything but unfounded. 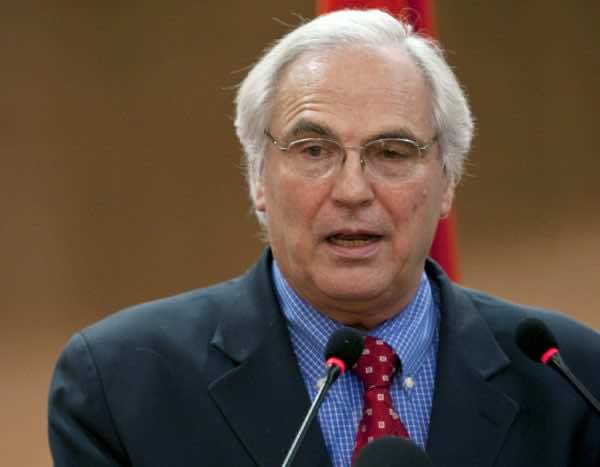 Christopher Ross, the former UN envoy for Western Sahara, has been adamant that he is neither a Polisario lobbyist nor a sympathizer of the Algeria-sponsored “Sahrawi self-determination” claims.

But his statements often betray the real inclinations of the “strictly neutral” observer he eagerly proclaims himself to be.

The latest case in point was his reaction to the US recognition of Morocco’s sovereignty over Western Sahara. “The United States is turning its backs not only on centuries-old support” for self-determination, but also its opposition to the “annexation of territories by force,” Ross said in a radio interview on December 14.

One sensible criticism of the Trump administration’s unprecedented Western Sahara move has been to claim that the decision is fundamentally a “transactional,” futile operation from an outgoing president with a grim international reputation. The idea here is that the US recognition of Morocco’s sovereignty over Western Sahara may not have the desired outcome that both Washington and Rabat hope for.

Critics who hold this view count on two profoundly arguable developments: That the Biden administration might freeze the Trump administration’s move, or that other prominent players in world affairs — Russia, for example — will make the diplomatic materialization of the move difficult on the UN front.

The likelihood of this criticism remains to be seen, not least because of the outpouring of international support that has characterized Morocco’s Western Sahara position for the past decade.

Christopher Ross, though, went beyond making a sensible, pertinent critique of the Trump announcement on Western Sahara. Rather than the genuinely concerned or “strictly neutral” former UN envoy he would rather be portrayed as, Ross discernibly sought to promote the Algeria-backed Polisario claims while lashing out at Morocco’s position.

Instead of his claims about seeking a sustainable end to the Sahara conflict, transpiring from Ross’s biting criticism of Trump’s support for Rabat is his predisposition towards lambasting any developments that effectively bury the increasingly improbable dreams of the pro-Polisario camp.

Read also: The ‘Intergroup for Western Sahara’: Misrepresentations and Post-Truths About the North African Conflict

In his tirade, Ross tellingly hailed Algeria’s “clear” position on the right of people to self-determination. He then claimed that, by overtly supporting Morocco’s stance, the US was actually endorsing “annexation of territories by force.”

For a former UN envoy who has repeatedly tried to distance himself from reports that he might be an Algeria-paid Polisario lobbyist, applauding Algeria’s “clear” position when discussing Trump’s Western Sahara decision is already suspicious in itself.

Yet there was more to Ross’s unmistakably pro-Algiers tone. He claimed, for example, that it is “obvious that the outgoing US president’s proclamation recognizing a sovereignty that belongs neither to him nor to Morocco is foolish, ill-considered and dangerous.”

Now turning to the implications of Trump’s decision for the UN-led political process, Ross claimed America’s unambiguous support for Morocco will make a lasting solution to the Western Sahara dispute “more complex” and even probably lead to a “dangerous and growing tension.”

He added, “We all wonder why President Trump made this statement given that [at] the beginning of his mandate there were strong voices calling for the United States not to alter its position.”

One generous interpretation of Christopher Ross’s “wonder” about Trump altering a decades-long US position would point to the fact that, even at the height of pecertibe escalations in Western Sahara, a number of American policy-makers and analysts continued to call for “strategic ambiguity” or “intricate diplomacy.”

For the most vocal proponents of this two-edged approach to the Sahara crisis, the US would be well-served by implicitly supporting Morocco’s position without openly frustrating Polisario and its Algerian backer.

But it is unlikely that Ross’s concerns about America “altering its position” has little, if anything at all, to do with Washington political gurus’ long abiding belief in the virtue of “strategic ambiguity.”

Instead, it is much more likely that the former UN envoy may have had in mind former National Security Adviser John Bolton and influential Republican Senator James Inhofe, two powerful Washington power-brokers whose pro-Polisario advocacy is no secret to Western Sahara watchers and analysts.

What’s more, a recent report about the making of Trump’s Western Sahara decision has established that the Trump administration first considered the move in 2018, only for Bolton and Senator Inhofe to strongly advise President Trump against supporting Morocco.

Still, there is an even more notable sense of aberration and bad-faith criticism to Ross’s denunciation of Washington’s support for Rabat’s supposedly reprehensible Western Sahara agenda. Morocco, he claimed, has systematically “shown disrespect” to consecutive UN Sahara envoys, preventing them from successfully completing their mediation and peace-building efforts.

In May of last year, Horst Kohler, who replaced Ross as the UN Western Sahara envoy, resigned from his position after inspiring confidence in what UN diplomats and most Sahara analysts have since described as a “new momentum.”

Kohler cited “health reasons” for his surprising decision to throw in the towel despite perceptions of progress and hope. For Ross, however, Kohler’s resignation was “more likely out of disgust for Morocco’s lack of respect and efforts to impede his work (as they did with me).”

As if this was not enough, Christopher Ross claimed that James Baker, another UN Western Sahara envoy, also resigned “because Morocco decided that a referendum was contrary to its (claims of) sovereignty.” But this conveniently leaves out the fact there were two Baker Plans, with Polisario rejecting the first and Morocco the second.

Baker ultimately resigned because the two parties showed no signs of willingness to relent or compromise on their positions. Ross recently claimed the same in an emailed statement to Morocco World News.

“As a mediator, I was strictly neutral. I did not lobby for autonomy or for a referendum. I lobbied for genuine negotiations. Because of the rigidity of both parties, these never occurred — and have not occurred to this day,” his email read.

If anything, though, Ross’s latest diatribe makes it clear that Morocco’s suspicion of his pro-Algeria and Polisario sympathy were anything but unfounded.

Read also: Western Sahara: Guerguerat And ‘The End Of Dreams’

In Christopher Ross’s world, while Morocco seems to be getting away with making the Western Sahara assignment “mission impossible” for UN diplomats and envoys, there is still hope for an independent, Polisario-led Sahrawi republic.

But this is to ignore the prevailing — and increasing — pro-Morocco diplomatic mood, including the now well-established notion that Morocco’s 2007 Autonomy Proposal is the closest thing to the kind of political compromise and diplomatic pragmatism needed to reach a lasting solution to the Sahara dispute.

A number of recent reports have revealed troubling links between the Polisario leadership and terrorist groups in the Sahel region, buttressing fears that a Polisario-governed Western Sahara would be a vector of regional instability. For Ross, however, “this is false.”

Ultimately, the former UN Sahara envoy’s unbending attack on recent developments and unpalatable reports for the pro-Polisario camp reveals the near-impossibility of changing a partisan worldview reached through myopic lenses and thriving on equivocations and distortions.