Morocco believes its decision to establish relations with Israel will enable Rabat to play a part in achieving lasting peace in the Middle East.

Rabat – Morocco’s Foreign Affairs Minister Nasser Bourita said on Thursday that the country’s resumption of diplomatic ties with Israel will not undermine its commitment to the Palestinian cause.

Instead, Bourita argued, Morocco hopes to “fully play its role” in the emerging geopolitical configuration in the Middle East to achieve lasting regional peace.

Said Amzazi, Morocco’s Education Minister and government spokesperson, quoted Bourita during a press conference at the end of the Government Council. The statement renewed Rabat’s principled position on the Palestinian cause.

“The general framework of the Kingdom’s constant and firm position, which derives its roots from the special ties that unite the Jewish community of Moroccan origin, including in Israel, with the Person of His Majesty, Commander of the Faithful.”

On December 10, Morocco announced its decision to establish diplomatic relations with Israel.

The move came as a surprise to many in Morocco and the Arab world. Morocco’s decision to resume diplomatic relations with Israel came with  the US government’s move to  recognize Morocco’s sovereignty over Western Sahara. But many domestic and international observers have since questioned the motives of the US-brokered agreement.

Morocco, however, has strongly denied all allegations of “betraying” its commitment to Palestine for America’s support for its territorial integrity. Rabat is admant that it  will continue to support the Palestinian cause despite its decision to establish ties with Israel.

Even as he announced the agreement to resume ties with Israel, King Mohammed VI insisted that no measures would affect Morocco’s “permanent and susained” commitment to defending the Palestinian cause.

Morocco has long vowed to contribute to finding a political solution to end the Israel-Palestinian conflict. The country also supports the etablishment of an independent Palestinian state, with East Jerusalem as its capital.

For Bourita, rather than underming Morocco’s traditional support for Palestine, the latest developments provide the country with new “mechanisms” to effectively voice its position on the Palestinian question.

“All these elements,” he said of the resumption of ties with Israel, “have prompted the Kingdom of Morocco to reactivate the mechanisms it has put in place to support the Palestinian cause, which have already proved their efficiency, and will enable the Kingdom to fully play its role in establishing a just and lasting peace in the Middle East region.”

The Moroccan FM also stressed the implementation of the measures contained in the statement by the Royal Office on the resumption of flights and official contacts with Israel.

Following news of the US-brokered deal with Israel, a statement from Morocco’s royal cabinet announced the opening of direct flights between the two countries and the plans to reopen liaison offices that were operational until 2002.

Israeli airlines have since expressed optimism and their willingness to launch direct flights between Morocco and Israel.

The Jerusalem Post quoted Israeli flag carrier El AI, saying that the airline seeks to “begin operational preparations for operating direct flights to Casablanca, subject to obtaining all the necessary approvals from the various authorities.”

Israir, another Israeli airline company, has shared  its plans of launching 20 weekly flights between Israel and Morocco.

“If all parties are serious, it will be possible to open direct links within three months.” 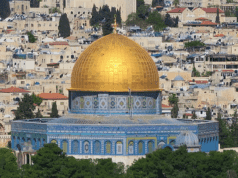