A group of hackers calling themselves “MoroccoHackTeam Neige_Ma” hacked on December 17 a series of official Algerian websites.

The attack mainly targeted websites under the domain “.dz,” which is the top-level domain in Algeria.

The group hacked at least 25 websites, according to a list shared by Algerian journalist Akram Kharief.

The list includes several state-operated websites, such as the websites of the National Agency for the Promotion of Algerian Hydrocarbon Resources (ALNAFT) and the National Office for Irrigation and Drainage (ONID).

The majority of the websites are still out of service, at the time of writing. For a short period after their hacking, some websites showed the flag used by the Moroccan Marinid, Wattasid, and Saadi dynasties (1248-1666). The flag also included the expression “Long Live Empire of Morocco.”

Some Algerian media have accused the Moroccan state of launching the “well-planned and organized electronic war” on Algerian websites. The news outlets claimed that Morocco collaborated with Israel in the attacks.

The speculations, however, remain unfounded and stem from an anti-Moroccan narrative. The identity of the hackers that attacked the Algerian websites remains unknown.

The attacks occurred only a few hours after an Algerian hacker that goes by the name “Ismail Man54” claimed that he hacked the website of Morocco’s General Directorate of National Security (DGSN).

Moroccan security services, however, quickly denied the news, assuring that their website functions normally and is well protected by high-tech security systems.

While it is uncertain who is behind the hacking attacks, it seems that some pro-regime Algerian media remain hostile towards Morocco as the kingdom continues to make diplomatic breakthroughs. 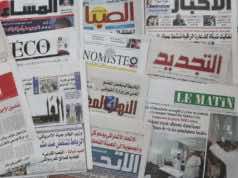 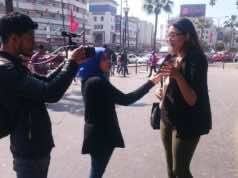