The year 2020 was a challenging year for people all around the world, but Moroccans didn’t fail to impress. 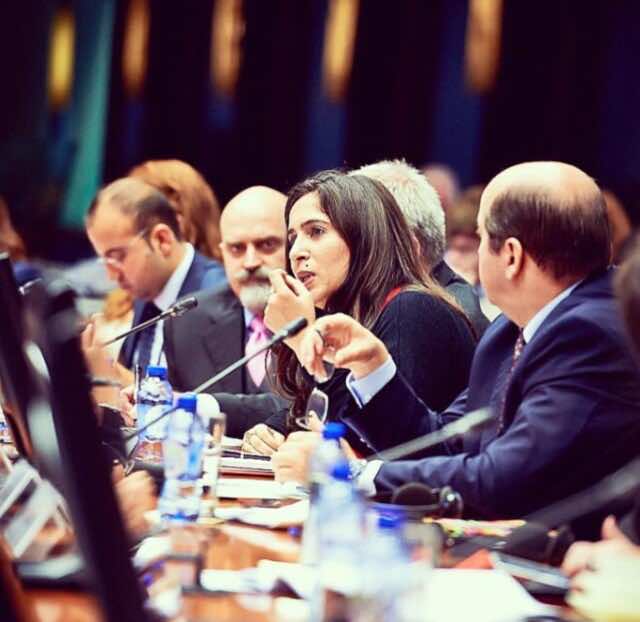 Year after year, Moroccans put their name on the map with globally recognized achievements, ranging in 2020 from an artificial intelligence award to cross-country race and surfing competition wins to literary prizes and space sciences awards.

The historic year of 2020 has presented many surprises and challenges, from natural disasters to a worldwide pandemic.

However, 2020 also presented an opportunity to celebrate and congratulate Moroccans who managed to overcome every challenge and secure notable achievements in these hard times. Following are 11 significant achievements Moroccans across the globe made in 2020.

US President Donald Trump named Moncef Slaoui as Operation Warp Speed’s “vaccine czar” in May. His appointment to the prominent position in the US’ development of COVID-19 vaccines is undeniably a major achievement by a Moroccan in 2020.

Dr. Slaoui was born in Morocco but attended the University of Brussels, in Belgium, earning his Ph.D. in molecular biology and immunology. He pursued his postdoctoral studies at Harvard Medical School and Tufts University School of Medicine in Boston.

The Moroccan expert in immunology and vaccinology is the scientific lead for Trump’s team, working alongside experts from the Health and Human Services and Defense Departments.

In another significant 2020 achievement, Moroccan Hajar Mousannif won WomenTech’s Global AI Inclusion Award earlier in December, one of the most esteemed awards in the advanced technology field.

Hajar Mousannif is an associate professor and coordinator of the master’s program in Data Sciences at Cadi Ayyad University in Marrakech. She holds a Ph.D. in computer sciences, the research for which she conducted on wireless sensor networks and vehicular networks.

WomenTech distinguished the AI expert among the top five female researchers in North Africa. She has received several international awards in the past, such as the L’Oreal-UNESCO Award for Women in Science and the Emerald Literati Prize for Excellence.

With the award she received in 2020, “I hope to give a glimmer of hope to the youth and confirm that with will and perseverance, we can achieve anything,” Mousannif told MWN.

Bennani debuted his career in 2009 in Shanghai WTCC 2014. He became the first Moroccan driver to win a world championship race organized by the International Automobile Federation (FIA).

The 37-year-old racing driver accumulated an overall 285 points this year without winning any race. However, he was the driver with the most pole positions and he stood on the podium on three occasions.

Mehdi Bennani and his fellow Moroccan teammate Sami Taoufik made sure to put Morocco on the map with their achievements, as Taoufik also landed in the top 10 in 2020.

The 27-year-old’s talent enabled him to climb straight up from the 163rd to the second ranking in the world, with 5,375 points.

Ramzi Boukhiam made history by becoming the first Moroccan and Arab sportsman to qualify to represent their country in the Tokyo 2020 Olympic games.

Prior to his major 2020 achievement, the Moroccan surfer won several victories in the qualifying series of Zarautz, Anglet, Lacanau and placed second in World Surf League’s 2013 HD World Junior Championship.

The second Moroccan to win the award after Tahar Ben Jelloun claimed it in 1994 for his novel “L’Homme rompu,” Mahi Binebine won the “Prix Mediterranee” literary award in June of 2020.

The Moroccan writer published his novel “Rue du pardon,” for which he received the prize, in 2019. The book tells the story of Hayat, a young Moroccan girl from Marrakech who was born blonde, therefore arousing sneers in her neighborhood. Surrounded by a sordid jungle, with a strict father and a torturous neighborhood, Hayat has resurrected thanks to Mamyta, the kingdom’s greatest belly dancer. Mamyta is a singer, dancer, lover, and a free woman denigrated and admired at the same time. Hayat discovers how to turn men’s heads, how grace takes revenge, and how to forge her own destiny.

Moroccan-German journalist and writer Souad Mekhennet secured a significant 2020 achievement when she received the International Leadership Award, which the Simon Wiesenthal Center presented to her in Los Angeles in January.

Mekhennet is a journalist and author who has written for the New York Times, the Washington Post, the Daily Beast, and the German television channel ZDF.

She has covered many conflict issues such as terrorism, racism, extremism, and interviewed several Jihadist leaders. She was also part of the team of reporters who unveiled the identity of ISIS militant Jihadi John.

The 42-year-old journalist is the youngest person and the first person of Muslim descent to receive the award.

Ouahib Timoulalin claimed a win in the Global STEM Alliance competition that the New York Academy of Sciences hosted. With this achievement in June of 2020, he became the first Moroccan to win the award.

Timoulali is a 22-year-old engineering graduate from the National School of Applied Sciences (ENSA) in Kenitra. He was a tech fan from an early age, as his father owned a cyber cafe where he searched the web for software tools and innovations.

The young engineer worked within a team of different nationalities. Their idea labeled the “Cybercastle,” won the “Cybersecurity in the Age of IoT” challenge.

Moroccan athlete Soufiane El Bakkali in August broke a world record in the 3,000-meter steeplechase at the Diamond League competition in Monaco.

The 24-year-old athlete achieved a time of 8:08:04 minutes, running along with a group of distinguished runners. These notably included Ethiopia’s Lamisha Grima, the vice-champion of the 2019 World Athletics Championship’s 3,000-meter steeplechase.

In another 2020 achievement, in September, the Moroccan runner won the 1,500-meter race at the 14th International Marseille Athletics Meeting in France.

Soufiane El Bakkali is the only Moroccan athlete sponsored by Team Visa to the Tokyo 2020 Olympic Games, which are postponed to 2021.

A total of 24 fighters from 17 countries took part in the mixed martial arts tournament. The competition followed strict health rules to prevent the spread of the COVID-19 pandemic.

The 29-year-old dominated Jaures Dias throughout the five rounds of the fight, claiming the title at the end.

Jaafar Aloaui expressed his joy at winning the important title and sent words of thanks to Morocco and King Mohammed VI.

Moroccan scientist Kamal Oudrihir led a successful mission for the United States Space Agency (NASA), for which his team earned the American Institute of Aeronautics and Astronautics’ Space Science Award.

Oudrhiri is the first Moroccan to work at NASA and received its Exceptional Service Medal in November 2019 for his contributions to NASA projects.

Having worked at NASA for 20 years, Oudrhiri has collected several awards in the field of space sciences. In 2020, the Moroccan scientist’s team developed and delivered the highly innovative Cold Atom Laboratory to the International Space Station, making it the first quantum physics laboratory in space.

Notable recipients of the AIAA Space Science Award in past years include names such as Eugene Shoemaker and Herbert Friedman.

During the trying times of 2020, several prominent Moroccans at home and abroad secured prestigious achievements for their distinct potential, efforts, and work. After receiving recognition in several fields, they continue to inspire people of all ages, showing that anything is possible with hard work and determination. 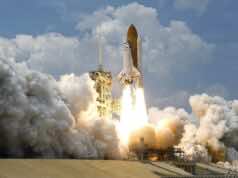 Moroccans of the world 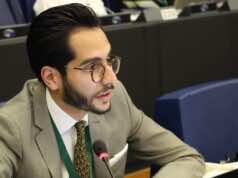