COVID-19 restrictions limited celebrations as a new era dawns for the EU. 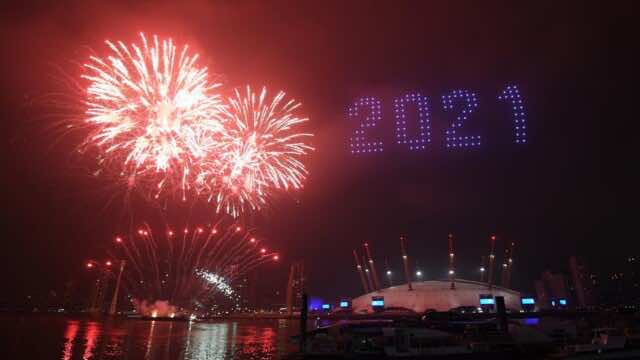 Rabat – COVID-19 measures heavily impacted New Year’s celebrations across the EU as the bloc wakes up to a post-brexit era. What amounted to a historic year in the story of humanity ended with a quiet and anti-climactic conclusion.

The year brought the end to years of contentious negotiating on the fate of post-Brexit relations with the UK. At 11 p.m. local time, London officially became the capital of a non-EU state. Yet celebrations from the pro-Brexit British remained muted as curfews and lockdowns continue to dominate the heavily-hit British isles.

Across the English Channel in Brussels, Belgians faced tight measures, expanded from the already tough restrictions around Christmas. The government permitted households in Belgium to host only one visitor in what it called “cuddle contacts.”

Government-organized fireworks displays were the norm this New Year, as tight restrictions applied to personal use of fireworks in many EU states. The Dutch commonly spend tens of millions of euros on fireworks every year, with one in five spending more than €100.

This new year however, the government banned fireworks and citizens retired over one tonne to Dutch authorities.

This year’s muted New Year’s celebrations did not only conclude a historically difficult year for the EU, they also rang in a new era without the UK. The Brexit saga will now move from vision to reality with many important details still up for grabs.

EU-British rules for financial services and decisions on the free flow of data remain to be decided in the new year, with Brussels controlling the outcome. Many businesses are still in the dark over what the new trade deal means for cross-border transport of goods. While Britain will have more power over its own regulations, few know what changes are ahead.

The UK can now do “things differently” according to chancellor Michael Gove. The UK’s relations with Morocco however remain very much unchanged. Britain and Morocco will continue their bilateral partnership, according to a December 24 joint declaration published on Twitter.

The €2.7 billion in trade between the UK and Morocco will continue unimpeded through an Association Agreement the two countries signed in October of 2019. Morocco was a top-10 destination for British exports when it was part of the EU, something both countries aim to continue in the new year.

As church bells and government-organized fireworks displays rang in 2021 in the EU, Brexit became a reality. Fitting for the new era of changing relations, the British time zone meant its new year was still an hour away as the continent quietly celebrated the end of a difficult year and the start of a new chapter for the EU.