After decades of politically motivated reportage, it is time for this “non-governmental” organization to face its internal workings. 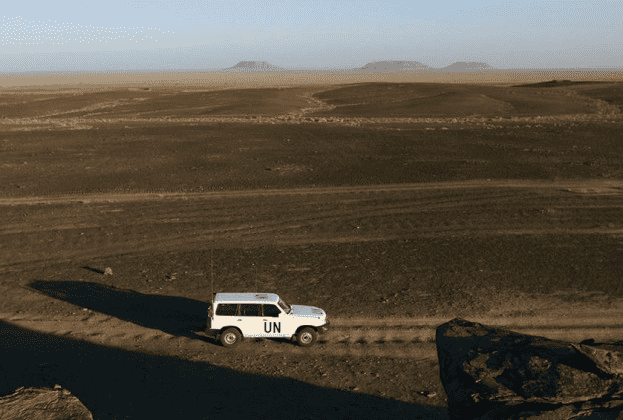 Agadir – On December 18, Human Rights Watch (HRW) published an article titled “Western Sahara: Morocco Cracks Down on Activists,” yet another baseless attack aiming to detract from Morocco’s achievements on the international stage.

The article, emotionally charged and one-sided, rejects standards of journalism, as well as the long history that connects Morocco and Western Sahara. According to the skin deep insight the Human Rights Watch report provides, “Most of Western Sahara has been under Moroccan occupation since Spain, its former colonial administrator, withdrew in 1975,” which is as deep as their portrayal of a centuries-old history goes.

HRW once again generalizes the southern provinces’ population as a monolithic group with a singular perspective, in order to portray the Moroccan government as an oppressive and totalitarian regime “invading” Western Sahara.

In Morocco, the Ministerial Delegation for Human Rights said on December 18 that HRW “resorted, as usual, to baseless and despicable allegations with no concrete foundation in an attempt to include the human rights dimension in its discourse, while paying no heed to the internationally-agreed upon methodology concerning the criteria of neutrality and objectivity governing the work of non governmental organizations involved in the field of human rights,” according to a government press release.

While Morocco dedicates itself to stabilizing and developing its Western Sahara region and building relationships on the international stage, some political figures prefer to spread misinformation and sow distrust.

In 2014 Keane Bhatt penned an article for CounterPunch titled “The Revolving Door at Human Rights Watch.” Recognizing HRW’s political influence and public reach, Bhatt challenges the idea that such an entity could truly be non-governmental.

It started with an open letter about HRW’s “revolving door” policies written written to HRW Executive Director Kenneth Roth on behalf of Nobel Peace Laureates Adolfo Perez Esquivel and Mairead Maguire — two former figures at the UN — and over 100 scholars.

The letter states, “HRW’s close ties to the U.S. government call into question its independence,” and names figures who have shared an involvement both with the US government and Human Rights Watch.

Amongst past and current employees are figures such as Tom Malinowski, who served as special assistant to Bill Clinton; Minky Worden, a former speechwriter at US Department of Justice; Michael Shifter, a one-time Latin America director at US government-financed National Endowment for Democracy (NED); and Miguel Diaz, a former analyst for Central Intelligence Agency (CIA).

It only takes a surface-level investigation to uncover such a conflict of interest within the ranks of former and current HRW officers. Such conflicts complicate discerning between an honest crusade for human rights and the manufacture of conflict and unrest, beneficial to various US governmental organizations.

How can one consider Human Rights Watch unbiased and “non-governmental” when for many, HRW is a stepping stone between different arms of the US government?

In the ongoing case of Omar Radi, who faces charges for “receiving funds from a foreign agent and violent rape,” once again NGOs such as HRW sprung to his defense without due diligence. HRW and Amnesty International reported on Radi’s case, accusing Morocco of spying without providing sustantial evidence, and detailing the rape charges without detailing the alleged rape survivor’s side of the story.

Such reporting creates a one-sided narrative, only fit for amplifying doubt and creating distrust in the Moroccan judicial system.

When people who have held influential positions within HRW have also worked with organizations such as CIA and NED, we must question how “non-governmental” they can actually be.

The CIA has a long history of covert programs related to maintaining the US image abroad. According to one of its founders, Allen Weinstein, the NED serves to perpetuate the CIA’s covert operations of the 20th century, in plain openness.

When organizations such as HRW express their views under the guise of journalism and “objective defense” of human rights, are they fighting for a better tomorrow, a fairer world, justice? Or are they publishing articles reminiscent of US foreign policy, manufacturing discontent aimed to destabilize those who seek independent economic growth?

While many in Europe and the US still champion the reports of organizations such as HRW and Amnesty International, the rest of the world is slowly growing aware of the bias, the conflict of interest, the war that hides under the guise of “human rights” and “non-governmental” entities.

It is time to draw awareness to these inconsistencies and hold these figures and organizations accountable. When talking about human rights, we must have more than just the US’ perspective; we must investigate and show human rights from the global perspective.

If a single government dictates the narrative of human rights, we risk discarding a wider understanding of problems facing many communities worldwide. The United States has faced accusations of more than just a handful of human rights violations, from Guantanamo Bay, horrid treatment of irregular immigrants in detention facilities, indiscriminate drone strikes in the Middle East, and the treatment of minorities on its own soil.

Maybe it is time to give a voice to those on the receiving end of these human rights violations instead of only the ones who manufacture them.