Casablanca continues to be Morocco’s most impacted city, with 286 new cases and 8 new deaths 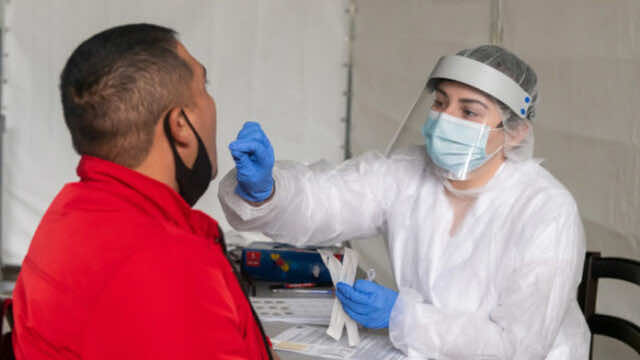 Rabat – Morocco’s COVID-19 epidemic continues its gradual decline from its peak at the end of November. The country’s Ministry of Health today reported 1,171 new COVID-19 cases over the past 24 hours. The ministry announced the recovery of 2,530 patients receiving COVID-19 care, while 1,104 patients continuing to receive treatment in Intensive Care units.

The new cases mean that Morocco’s total number of confirmed cases now stands at 442,141. Out of these, a total of 412,168 have recovered, keeping the country’s mortality rate at 1.7%.

Unfortunately the Ministry also reported 27 deaths because of COVID-19 related complications. The total death toll in Morocco now stands at 7,452.

Morocco currently has 22,521 active cases across the country. 1,104 patients are suffering from severe symptoms, 88 patients had to be intubated in order to help them breathe, while another 694 patients could use non-invasive ventilators instead. 135 new patients were admitted to intensive care units over the last 24 hours.

Morocco’s widespread testing meant that 12,109 tested people were cleared from having the COVID-19 virus. This brings the total number of Moroccans who have been tested for the virus to 4,044,843.

The second-worst impacted region over the last 24 hours was the northern region of Tangier-Tetouan-Al Hoceima. The region reported 215 cases over the past 24 hours with two deaths because of COVID-19.

The Rabat-Sale-Kenitra region was the third worst impacted. The region that hosts the nation’s capital saw 145 new cases recorded with 5 additional deaths.

The region of Marrakech-Safi, home to the historic city of Marrakech, confirmed 79 new cases and 3 additional fatalities.

In the northeastern Oriental region, authorities reported 63 new COVID-19 cases and one death caused by the pandemic.

In the Beni Mellal-Khenifra region, 54 new cases were discovered with 2 new fatalities. Meanwhile, the region of Fez-Meknes, located to the East of the capital region saw another 43 new cases with no new deaths recorded.

In Guelmim-Oued Noun, authorities reported 37 new cases and one death.

Draa-Tafilalet recorded 6 new cases and one death, while the southern provinces of Laayoune-Sakia El Hamra and Dakhla-Oued Eddahab saw 10 and 18 new cases respectively with one death reported in Laayoune.