Despite the economic repercussions of Covid-19 crisis, the value of the Moroccan dirham appreciated in the last week of 2020. 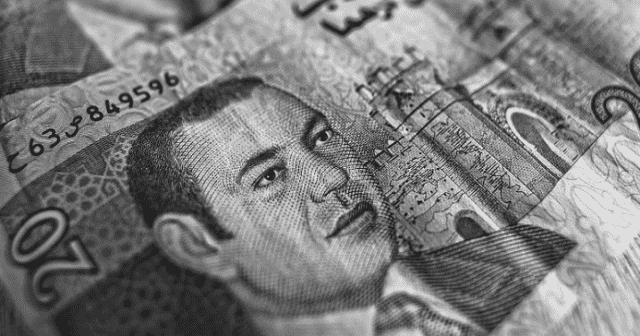 Rabat – Moroccan dirham remained almost stable against the euro and appreciated by 0.8% against the US dollar during the period from December 24 to 30, 2020, Bank Al-Maghrib (BAM) reported on Saturday, January 2.

During this period, no auction operations were carried out on the foreign exchange market, BAM indicated in its weekly indicators bulletin.

Morocco’s central bank injected a total of  MAD 89.5 million ($10.02 million) into the country’s economy between December 24 to 30.  This includes MAD 44 million ($4.92 million) in the form of 7-day advances on tender, MAD 15.3 million in the form of repurchase agreements, MAD 25.2 million ($2.82 million) to support the financing of very small, small, and medium enterprises (SMEs), and MAD 5 million ($560.09 thousand) in foreign exchange swap operations.

On the interbank market, the average daily trading volume was MAD 5.1million ($571.85 thousand) and the interbank rate averaged 1.5%.

The Moroccan All Shares Index (MASI) recorded a decline of 1.6% in the stock market bringing its underperformance since the beginning of the year to 7.9%.

This weekly evolution notes a decrease in the three sectors: banks by 1.7%, telecommunications companies by 1.8%, and the oil and gas sector by 7.9%. The underperformance reflects the repercussions of  Covid-19 pandemic on the country’s economic sector. The head of Morocco’s central bank warned in early November of the country’s slow economic recovery which will not start before 2023.

Conversely, the indexes relating to both portfolio and holding companies, and beverage companies rose by 10.2% and 1.3% respectively.

Morocco to Postpone Shift to More Flexible Dirham to 2020