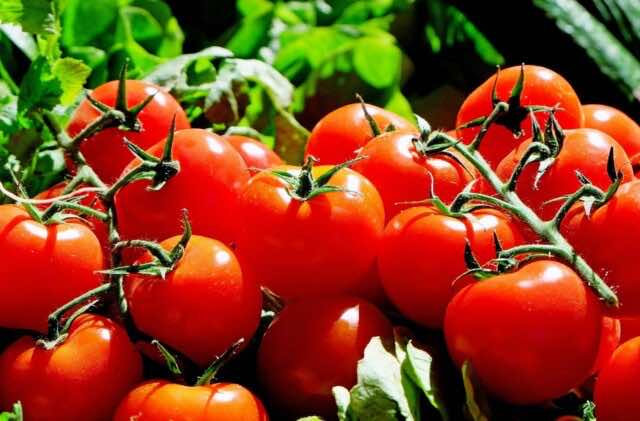 ONSSA informed the Russian Federal Service for Veterinary and Phytosanitary Surveillance, known as Rosselkhoznadzor, during a videoconference meeting on December 29.

Russia imposed a ban on Moroccan tomatoes re-exported from the Netherlands, Belgium, and France on October 30.

According to Rosselkhoznadzor, the ban came after the detection of 10 cases of the Pepino mosaic virus in tomatoes grown in Morocco.

Infection symptoms of the Pepino mosaic virus include small yellow spots on the crops, as well as mottling. The virus is mostly dangerous due to its high transmissibility.

Rosselkhoznadzor has warned that the ban will remain in place until Moroccan authorities can clarify the source of infection and implement measures to contain its spread.

More recently, however, the head of Rosselkhoznadzor, Sergey Dankvert, threatened that Russia is considering a complete ban on Moroccan tomatoes, as well as other vegetables from Morocco, such as peppers and potatoes.

The recent meeting between ONSSA and Rosselkhoznadzor came in response to Dankvert’s statement.

During the meeting, the Russian agency notified its Moroccan counterpart that it detected in 2020 a total of 15 cases of the Pepino mosaic virus in vegetables Russia imported from Morocco.

ONSSA, meanwhile, presented its strategy to contain the spread of such infections. The Moroccan agency has strengthened the monitoring of local businesses wishing to export agricultural products to Russia.

ONSSA also notified Rosselkhoznadzor that it has withdrawn the export certificate from a Moroccan company that did not comply with the safety regulations.

Despite ONSSA’s comprehensive presentation of its implementation of several safety measures, Rosselkhoznadzor requested further information before considering to lift the ongoing ban on tomatoes.

The Russian authority asked for information on countries from which Morocco imports tomato seeds. It also requested more details regarding the measures ONSSA has taken to combat the spread of the Pepino mosaic virus on a national level.

While Moroccan authorities are seemingly willing to compromise, Rosselkhoznadzor seems more unyielding in its demands. Russia’s apparent inflexibility might be indicative of unannounced reasons behind the import ban.

Because of their highly-competitive prices, tomatoes imported from Morocco represent a strong competitor for domestically-grown tomatoes in Russian markets.

The Moroccan Association of Vegetables and Fruits’ Producers and Exporters (APEFEL) has claimed that the Russian restrictions only seek to force Morocco to reduce its tomato market share in Russia.

APEFEL, which works closely with Moroccan farmers and ONSSA, still hopes that the two countries will reach a solution in January or February.

Morocco is currently the third-largest tomato exporter to Russia, behind Azerbaijan and Turkey.

As Russia has imposed similar restrictions on Azerbaijan and Turkey, the theory that the embargo on tomato imports stems from economic motives rather than safety precautions is highly plausible.