While Brexit drew headlines, the biggest free trade agreement ever was born in Africa 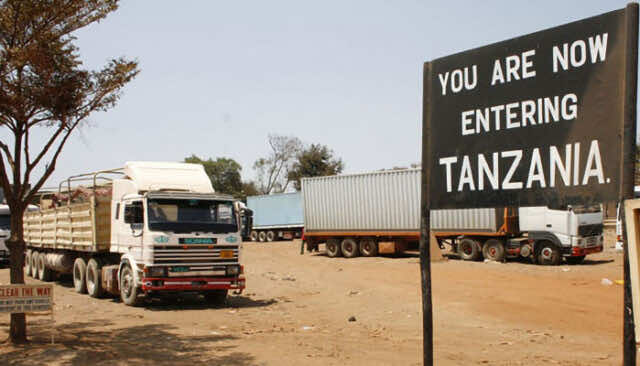 Rabat – As the clock struck twelve and the year 2021 commenced, Morocco became part of the largest and most exciting free trade agreement yet. January 1 marked the official launch of the African Continental Free Trade Area (AfCFTA,) a trade bloc with the potential to rival any other worldwide.

The new trade agreement “will fundamentally change the economic fortunes of our continent,” said South African President Cyril Ramaphosa in his new year’s speech. “It is the start of a new era of trade between African countries,” he stated confidently, adding that Africa will now “realize its great potential of its abundant natural and human resources.”

The trade agreement has the potential to rival large trade blocs like the EU and the Association of Southeast Asian Nations (ASEAN.) AfCFTA will join together 1.2 billion people and a GDP of $3 trillion, creating a bloc that could hold the economic sway of major nations like India and China.

Amid a historic, intertwined economic and health crisis caused by the COVID-19 pandemic, Morocco and Africa as a whole has a potential game changer in this new free trade agreement. Few places on earth hold as much natural wealth and available human resources. Africa’s population is young, ambitious, and increasingly better educated.

The internet has reduced barriers to Africa’s youth and allowed many to become part of the global community, despite the physical barriers they encounter at the borders of the West. The future of young Africans lies not in opportunities abroad but instead in building new sustainable opportunities at home.

The launch of the AfCFTA free trade agreement is in many ways still symbolic for Morocco and its African partners. Even as the UN considers the bloc to have the potential to increase intra-African trade by over 50%, the practical reality is still under development.

For potential competitors to the bloc, this negligence serves as a way to hamper and obfuscate progress. The sooner all member states, including Morocco, ratify the free trade agreement, the sooner can its economic promises be realized.

With a full-fledged and functional AfCFTA, Africa genuinely stands at the forefront of making history. Yet mistrust and diplomatic disagreements could delay important early progress that can create valuable momentum. Genuine mutual efforts towards the realization of AfCFTA could make 2021 not the year of vaccination campaigns or brexit, but the year the world’s richest region united economically.

The AfCFTA was supposed to commence on July 1 of 2020. In the midst of a global pandemic, the historic moment was postponed. Now as the world faces the economic fallout of the pandemic with cases still increasing, AfCFTA should become a priority as a potential path to recovery.

Ratifying the free trade agreement means Morocco can use its wealth of phosphate reserves to help dramatically reduce food insecurity in a continent threatened by climate change. The deal means Morocco can benefit from local agricultural exports instead of importing wheat from Eastern Europe.

Once they fully ratify and embrace the historic continental agreement, Morocco and its African partners can finally create what could truly become the end of the colonial era. By making trade more attractive between African nations, the free trade agreement can help develop Morocco and Africa as a whole. The largest free trade deal in history deserves attention — by the press, governments, and citizens alike.