Saudi Arabia opened its border with Qatar on Monday, paving the way to a reconciliation to end the four-year Gulf crisis. 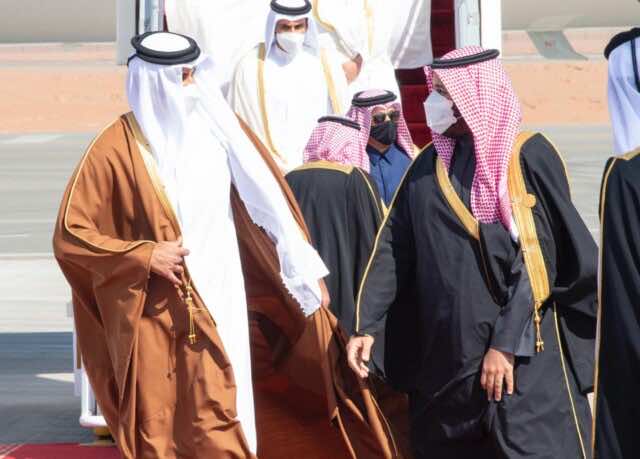 The emir of Qatar arrived to Saudi Arabia  to participate in the  Gulf Cooperation Council (GCC) Summit.

The summit aims to officialize a recently-brokered agreement to end the Gulf crisis and Saudi-led blockade against Qatar.

In the summer of 2017, a coalition of Saudi Arabia, Bahrain, Egypt, and the UAE decided to sever ties with Qatar, which the coalition accused of financing terror organizations.

Qatar denied the allegations, and said there was no ‘legitimate” justification” to sever relations.

The Gulf countries have now decided to break the stalemate, with Kuwait announcing Saudi Arabia’s decision to open its airspace, land and sea border with Doha.

Kuwaiti Foreign Minister Ahmed Nasser Al Sabah said that the decision to lift the blockade on Qatar was at the proposal of Kuwait’s Emir Sheikh Nawaf.

He added that the Kuwaiti Emir spoke to Qatar’s Ben Hamad and Saudi Arabia’s Mohammed bin Salman to ensure “reunification.”

As part of this week’s summit, GCC countries are expected to sign a joint statement to start a new page of “brotherly relations.”

Jared Kushner, son-in-law and senior advisor of US President Donald Trump, is set to participate in the summit.

Meanwhile, many observers from across the world, including Morocco, have welcomed the Gulf reconciliation.

Millions of tweets with hashtags #gulf_reconciliation in different languages are trending on Twitter.

Some Gulf Twitter users have described the hug between the Saudi Crown Prince and the Emir of Qatar as “hi historical.”

“I think it is the best news of the beginning of 2921), ” one Twitter user commented.

“May Allah make a good impact on the future of Ara and Islamic countries,” said another.