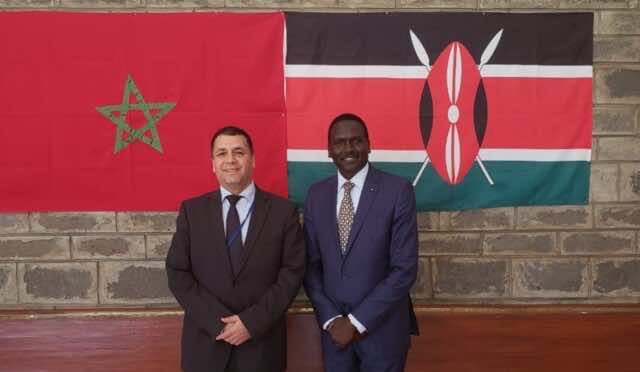 Morocco’s Ambassador to Kenya, El Mokhtar Ghambou, has encouraged the East African country to cooperate with Morocco and work on improving bilateral relations.

Ghambou said that Morocco and Kenya share several similarities that would allow them to push their cooperation to the next level.

The Moroccan ambassador made the statement in an interview published by Kenyan newspaper The Standard on Tuesday, January 5, according to Morocco’s state media.

One of the similarities that Morocco and Kenya share and which Ghambou highlighted is the countries’ diversity and openness to other cultures.

“Morocco and Kenya have a liberal young culture, which is open and diverse,” he said.

The Moroccan ambassador also pointed out that tourism and agriculture are important sectors in both Morocco and Kenya, but the two countries offer different agricultural and touristic products.

“This provides a perfect opportunity for complementary trade,” he suggested.

Ghambou encouraged Nairobi to engage with Rabat in a dialogue that would allow the establishment of several agreements and partnerships, notably in the fields of education and infrastructure.

He recalled that Kenyan students who studied in Morocco created an alumni association in 2018 to encourage more students from Kenya to study in the North African country.

In terms of infrastructure, Ghambou invited Kenya to benefit from Moroccan expertise. He spoke at length about some of Morocco’s major infrastructural assets, such as the world’s largest solar power plant, the fastest train in Africa, and one of the biggest ports in the Mediterranean.

In the interview, Ghambou also encouraged Kenyan leaders to learn more about the Moroccan Autonomy Plan in Western Sahara and to support it.

The autonomy initiative is a proposal that Morocco submitted to the UN in April 2007 as a solution to the territorial dispute over Western Sahara. It suggests making the territory a semi-autonomous region where the local population can independently manage social, economic, and political matters, on the condition that it remains under Moroccan sovereignty.

Ghambou’s invitation for Nairobi to review the Moroccan Autonomy Plan came as Kenya began its mission as a non-permanent member of the UN Security Council—the body responsible for solving the Western Sahara issue.

Despite the significant growth of economic trade between Morocco and Kenya over the past two decades, from $170,000 in 1998 to $21 million in 2019, the two countries’ diplomatic relations are not exceptionally warm.

Rabat and Nairobi went through a tense episode in 2014, when Kenya allowed the self-proclaimed Sahrawi Arab Democratic Republic to open an embassy on its territory.

However, a few months after the incident, an official Kenyan delegation visited Rabat to show that the East African country does not challenge Morocco’s territorial integrity and has a rather neutral stance on the Western Sahara issue.

It remains to be seen whether Ghambou’s appeal — and Morocco’s largely successful African diplomacy — will convince Nairobi to adopt a pro-Morocco position on Western Sahara. 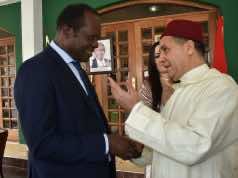 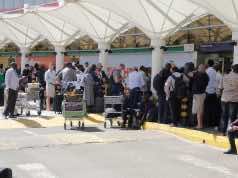