The bank said that the index detected a period of moderate financial turbulence in the wake of the subprime crisis between 2008 and 2009 and another in 2012-2013.

However, the evolution of a new aggregate financial stability index (IASF) for Morocco confirms that the financial system in the country remained globally resilient between 2007 and 2018.

The BAM document said that the new index is calculated as the “weighted average of 25 indicators categorized into five sub-indicies,” including macroeconomic development, banking vulnerability, and financial development.

The bank indicated that it used two advanced weighting methods to assess economic resilience.  One takes into account the macroeconomic impact of each indicator through comparing the trend of the first method with that of the GDP , while the other integrates the joint movement indicators by disseminating the IASF according to the temporal correlations of the five sub-indices that constitute it.

According to BAM, financial stability is one of the major concerns of supervisory authorities and central banks.

“These authorities are increasingly seeking to anticipate periods of financial stress and identify imbalances in order to react in a timely manner through the activation of macroprudential measures to prevent these vulnerabilities from turning into a systemic crisis,” noted BAM’s document.

Building an IASF is one of the most widely used techniques to provide a comprehensive analysis of the stability of a financial system. 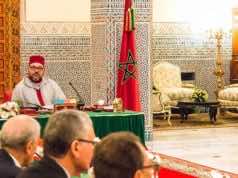