The National Agency of Health Insurance (ANAM) and the minister of Health achieved a new improvement on the health insurance program.

Rabat – The National Agency of Health Insurance (ANAM) and the Ministry of Health achieved a new improvement on the health insurance program.

As part of the decision, 165 new medications will be refundable under ANAM’s universal healthcare goals, according to a joint press release from the ministry and ANAM.

The newly added medications are specified to certain pervasive diseases.

70 of the medications are expensive and often prescribed for chronic or severe  diseases, such as cancer, hypertension, diabetes, Psoriatic arthritis, Hepatitis B and C, depression, and some fertility-related medications.

The rest consists of anticoagulants, antithrombotics, antibiotics, antidiabetic drugs, and other medications related to chronic obstructive pulmonary disease (COPD), according to the joint statement.

Commenting on the news, ANAM celebrated its accomplishments. The institution revealed that since its inception in 2006, it has succeeded in putting in the refund program 8466 medications, 3015 of which are generic drugs.

For its part, the Ministry of Health said it has signed two partnership agreements with the Development and Security Group (GIPSI) and the National Health Federation (FNS) to achieve its universal health care objectives by 2022.

Khalid noted the decision is the culmination of a close collaboration between the health ministry and Morocco’s National Insurance Agency (ANAM). 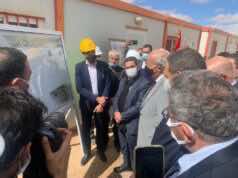