Morocco’s representative in Belgium calls on the Belgian minister to avoid “baseless” accusations that can lead to needless tensions with a strategic ally.

Rabat – Morocco has responded to the Belgian Minister of Justice Vincent Van Quickneborne after he accused Moroccan intelligence of mosque infiltration.

Van Quickenborne, who claimed that Morocco had infiltrated the mosque in  Cinquantenaire park in Brussels, described the mosque’s director and two other employees in the mosque administration as “Moroccan spies.”

In response, the Moroccan ambassador in Belgium, Mohamed Ameur, said that the allegations against Morocco are “baseless, incomprehensible, unacceptable and senseless.”

Ameur, who gave an interview to  Belgium’s Le Vif magazine, said  he was stunned by the baseless statements from a Belgian minister publicly accusing Morocco of engaging in “espionage activities” at mosques, especially the great mosque of Brussels.

The Moroccan diplomat particularly condemned the allegations’ “rare aggressiveness towards a country” that has strengthened engagement with Belgium and Europe in “highly strategic projects.”

He said: “We cannot solicit Morocco’s cooperation on sensitive issues and plead for more complicity in their management and at the same time decry it in public space by unfairly accusing it of espionage and interference.”

The ambassador also pointed out that Morocco has never expressed the ambition to get involved in mosque management in Europe and beyond because “it does not concern it and it has no interest to do so” in religious management. Such affairs only concern Muslims in Belgium, he stressed.

Explaining that the Grand Mosque in Brussels is a place of worship like any other mosque in the country, the Moroccan representative emphasized that there are multiple mosques that are managed and financed by people of Moroccan origin.

“For those who see the hand of Morocco everywhere, all the mosques said to be of Moroccan obedience and which amount to hundreds in Belgium are financed and managed entirely by the faithful. Morocco does not pay a single euro neither for buildings nor for imams,” he said.

For Ameur, the Belgian minister’s “baseless” accusations are due to his frustration at the presence of Moroccans, “particularly their attachment to their spiritual and cultural values.”

“The Moroccan community, like all religious communities in Belgium, has the right to preserve links with its spiritual sources, like Cathoic Christians Jews, Protestants, Anglicans,” he noted.

Ameur concluded by calling on the Belgian minister to be careful when addressing such controversial subjects that might needlessly upset many people and even lead to sour relations with a strategic ally.

“These are serious subjects that deserve an appropriate treatment and a serene and peaceful debate in mutual respect and fruitful cooperation,” he said. 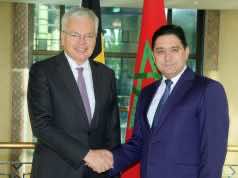 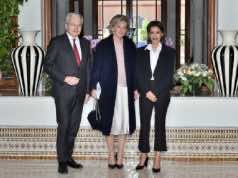